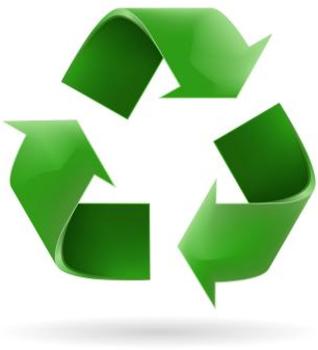 Amberlyst-15 can act as a catalyst for the acylation of phenols and alcohols in solvent free conditions.

Owing to the huge array of applications, catalysis has long been dubbed as one of the most significant areas of process and synthetic chemistry. In fact, the vast majority of all chemical industrial products – be it in the field of pharmaceutical, agricultural or polymer chemistry – involve catalysts at some stage of the manufacturing process.

Catalytic processes are generally conducted in homogeneous phase using anhydrous organic solvents (e.g. halogenated solvents, toluene, etc.) which are very toxic and hard to eliminate. The development of environmentally friendly and efficient catalytic systems continues to be a major challenge, with researchers and industry teaming up to come up with new solutions that would make catalytic reactions and catalysts not only more ecologically sound, but more efficient and cost-effective (i.e. recyclable). An increasing demand for sustainable catalysis in the last decade has produced a prolific research into Green Chemistry, with scientists investigating different aspects of applied catalysis. In fact, the "Twelve Principles of Green Chemistry" address numerous concerns, such as the use of toxic solvents, expensive reagents and catalysts, the number of chemical steps and their reaction conditions and the atom-economy of these synthetic protocols. A diverse set of approaches can be employed to make this process green and sustainable. First and foremost, preventing or minimizing the use of organic solvents is a way to adopt - this can be achieved either by replacing hazardous solvents with ones that have superior ecological health and safety properties or, better still, by using solvent-free processes. Another important approach concerns the development of catalysts that could be repeatedly recycled and reused with minimal effort.

That aspect, bearing in mind the feasibility of a process in an industrial application, may be of particular importance, as all too often catalysts are expensive and hence there is considerable pressure to reduce costs via recyclability. Now, Mumbai Researchers have developed an inexpensive and entirely green procedure, which enables catalytic acetylation of phenols and alcohols under solvent-free conditions.

In the paper: "Amberlyst-15 catalyzed acetylation of phenols and alcohols under solvent free conditions", released in Recyclable Catalysis, Prof. Manoj Pande and Prof. Shriniwas D. Samant from the University Institute of Chemical Technology in Mumbai, India offer a novel and highly sustainable method for the acylation of phenols and alcohols. They found that Amberlyst-15 is an active catalyst for the acylation of phenols and alcohols by means of acetic anhydride as an acylating agent at room temperature under heterogeneous conditions. The scientists confirmed that applications of this catalyst allow mild and highly selective transformations and synthesis in a facile and environmentally friendly manner. Equally worth mentioning is the fact that the catalysts can be recovered by filtration and recycled several times without loss of activity and selectivity.

Pande and Simant set up a mild, efficient and simple method for the acetylation of phenols and alcohols using acetic anhydride as an acylating agent in the presence of a catalytic amount of Amberlyst-15. The acetylation procedure was extended to a variety of phenols and alcohols to obtain the corresponding acetates in good to excellent yields. They also tested the recyclability of Amberlyst-15 in the reaction of p-bromophenol with acetic anhydride: The catalyst performed outstandingly – exhibiting excellent potential for sustainability – it was reusable for four cycles with no decrease in its activity, giving almost quantitative yield in 4-bromophenylacetate in 20 min. at room temperature.

An inexpensive material, Amberlyst-15 possesses unique properties such as environmental compatibility, nontoxicity, reusability, non-corrosiveness and chemical and physical stability – allowing for its versatile synthetic applications. It is also one of the most resistant catalysts and can be used over a prolonged period.

This cost-effective process proves uncomplicated, workable and generating minimal waste. Considering the sought after recyclability of the catalyst, the method bodes well as it can be potentially scaled up for industrial purposes. Usually, the organic chemists perform the acylation of alcohols with acid chlorides in the presence of Et3N or pyridine. In contrast to the current methodologies, additives are not needed - which certainly offers significant economic and environmental benefits.