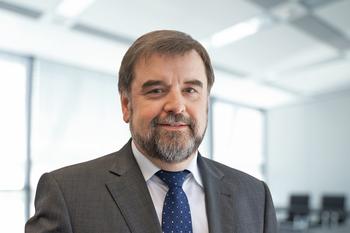 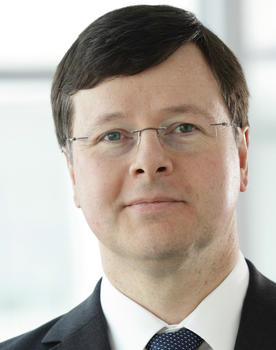 The start of calendar year 2014 will see some changes to the Executive Board of Carl Zeiss AG headed by President and CEO Dr. Michael Kaschke. The enlargement of the Executive Board and the reallocation of responsibilities are aimed at driving forward the consistent positioning of ZEISS as a portfolio company in line with market its segments. A further goal is to leverage the synergy potential among the business groups and through efficient shared services and corporate functions.

The Supervisory Board of Carl Zeiss AG has decided to renew the contract of Executive Board Member and Head of the Semiconductor Manufacturing Technology business group (SMT in short), Dr. Hermann Gerlinger, until 30 September 2017. Dr. Gerlinger has headed the Semiconductor Manufacturing Technology business group since 2001 and has been a Member of the Executive Board since 1 October 2006.

New on the Executive Board for the Medical Technology business group: Dr. Ludwin Monz

In addition to the enlargement of the Executive Board and to the allocation of responsibilities and operational management of the two top-performing business groups in the ZEISS Group to Dr. Gerlinger and Dr. Monz, there will also be a realignment of responsibilities within the Executive Board of Carl ZEISS AG, effective 1 January 2014. The objective here is to combine business activities, functions and markets as stringently as possible according to focal areas of responsibility, synergy potentials and strategic orientation in order to keep the ZEISS Group consistently on track to further growth.

Dr. Kaschke will oversee Microscopy and Industrial Metrology, the two business groups that operate in the research and quality management markets.
Thomas Spitzenpfeil, who will continue in his role of Chief Financial Officer (CFO), will assume responsibility for all units focused on consumer markets, i.e. he will now also oversee the Vision Care business group in addition to the strategic business units Camera Lenses, Planetariums and Sport Optics. – Since its full reincorporation into the ZEISS Group under the leadership of Dr. Kaschke in 2011, the Vision Care business group has achieved a turnaround and is now once again making a contribution to the Group's earnings and cash flow.

Dr. Dieter Kurz, Chairman of the Supervisory Board of Carl Zeiss AG, summarizes the situation as follows: "The Executive Board consists of members with a broad spectrum of experience who have a close bond with ZEISS. The renewal of Dr. Gerlinger's contract and the new appointment of Dr. Monz sharpen the focus on the ZEISS growth markets and intensify the closeness of top management to the different customers and markets. This lays a solid foundation for the further positive development of the ZEISS Group.”