Disproving the universal nature of the mercury test 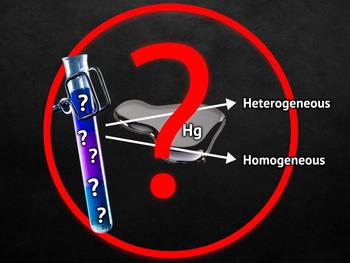 Chemists confirmed that the test required additional control experiments to verify its results. The study might lead to the reconsideration of the existing experimental data and improving catalysis mechanisms in several chemical reactions.

The mercury test of catalysts that has been used and considered universal for 100 years, turned out to be ambiguous. This conclusion was made by a group of scientists including a RUDN chemist. The group confirmed that the test required additional control experiments to verify its results. The study might lead to the reconsideration of the existing experimental data and improving catalysis mechanisms in several chemical reactions.

Catalysts speed up chemical reactions by dozens if not hundreds of times. The mechanisms of their activity may be heterogeneous or homogeneous. In the first case a catalyst takes part in a reaction in the form of separate atoms or ions, and in the second case - as a single solid body, a colloidal solution, or a nanocluster. To determine the mechanism of activity of each catalyst scientists make homing experiments, the most popular of which is the mercury test. It is based on the ability of mercury to combine with metals or to get adsorbed on their surface. Depending on the activity of mercury in a reaction one may conclude whether the catalyst is homo- or heterogeneous. A RUDN chemist together with his Russian colleagues disproved the universal nature of this test.

The authors studied the influence of mercury on the chemical structure of catalysts belonging to the homogeneous class of palladacycles and found out it formed organic compounds with them. Previously scientists believed that mercury only reacted with heterogeneous catalysts and had no influence of homogeneous ones. Still, palladacycles react with mercury, and therefore tests based on it can produce incorrect results.

For the main test condition to apply, mercury should not react with a metal catalyst. The phenomenon discovered by Russian chemists proves this condition false for palladacycles. The authors believe the mercury test may only be used together with additional experiments.

"The reaction between a catalyst and mercury was considered a proof of the catalysis process following the heterogeneous principle. We demonstrated that the reaction between mercury and palladacycles leads to the formation of organic chlorides. This disproves the existing belief. We've established that this process depends on the structure of palladacycles, conditions of the reaction, the palladacycles/mercury ratio, and the reaction environment. The results of our work show that for mercury tests to be used in chemistry in the future, the reaction between mercury and the catalyst should be prevented, and additional control experiments should be carried out," says Viktor Khrustalyov, a co-author of the work, PhD in chemistry, and head of the department of inorganic chemistry at RUDN.