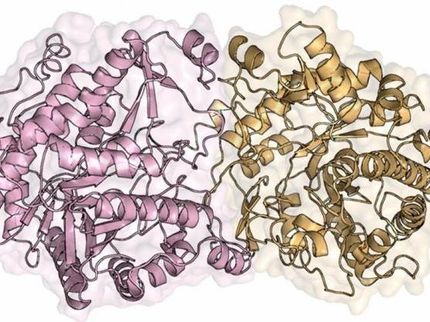 The enzyme discovered by the group enables the release of carbohydrates resulting from saccharification and their fermentation by yeast to occur at the same time.

Holder of the world's best biomass and boasting the installed industrial capacity, the requisite specialized engineers and the right yeast, Brazil performs advanced research in the field. The country could project a 50% leap in its alcohol production were it capable of mastering 2G ethanol technology.

The missing piece on the puzzle is to make the sugarcane bagasse saccharification feasible - saccharification meaning the process by which complex sugars called polysaccharides are depolymerized and broken down into simple soluble sugars. This would be achieved through composing the proper enzyme cocktail and consequently assembling an industrial-scale microbial platform for the production of these enzymes.

An important step in overcoming this challenge has been given through the discovery of microorganisms living in the Brazilian Amazon that produce an enzyme of key significance to the success of the undertaking.

The enzyme has been isolated, characterized and reproduced, proving to be compatible with two essential stages of the production of second-generation ethanol: fermentation and saccharification. If these two stages can be performed simultaneously, the sugar and ethanol industry will cut its costs substantially because a single reactor can be used for all processes involved, economizing on reagents.

The study involved researchers at Brazil's National Energy & Materials Research Center (CNPEM), Petrobras, the University of São Paulo (USP), and the Federal University of São Carlos (UFSCar), also in São Paulo State, and was supported by the Sao Paulo Research Foundation - FAPESP . An article by the research team has been published in Biochimica et Biophysica Acta (BBA) - Proteins and Proteomics.

"Saccharification is the most costly part of the process. The enzymes required to convert complex sugars into simple sugars account for between 30% and 50% of the cost of cellulosic ethanol," said Mario Tyago Murakami , a researcher at CNPEM and one of the principal investigators for the project.

"The enzymes' conversion efficiency is currently 50%-65%. That means between 50% and 35% of the sugar available in the biomass is 'lost' during saccharification. Our study set out to find biocatalysts that can help enhance enzyme efficiency," Murakami said.

In the arsenal of necessary enzymes acting synergistically, beta-glucosidases are crucially important for their role in the last step of the cellulose saccharification cascade.

Owing to genetic specificities that derive from differences in the evolutionary process, homologous enzymes can display varying degrees of resistance to inhibition by the product. The aim of this study was to find beta-glucosidases suited to the biomass that is available in Brazil; to this end, the researchers focused on natural processes occurring in the Amazon Forest and Cerrado (Brazilian savanna) biomes.

Flavio Henrique da Silva , Full Professor in UFSCar's Department of Genetics & Evolution and co-principal investigator for the project, was responsible for this bioprospecting enterprise. The most promising discovery occurred in Lake Poraquê in the upper Solimões, near Coari, Amazonas. Samples taken from the local non-cultivable microbial community contained genes encoding beta-glucosidases with the requisite industrial potential.

"In a habitat like Lake Poraquê, microorganisms adapt to food sources rich in polysaccharides from plant litter, leaves, wood, and so on. The beta-glucosidase enzymes present in these microorganisms differ from homologous enzymes resulting from different evolutionary pressures," Murakami said.

In his enzymological studies, Silva found that the beta-glucosidase encoded by microorganisms in Lake Poraquê could be an efficient catalyst in sugarcane bagasse saccharification and was highly glucose tolerant. The next step was taken by members of Murakami's team who specialize in mechanistic structural biology and who elucidated this enzyme's functioning at the molecular and atomic level.

"It was a good example of teamwork," Murakami said. "It brought together prospecting groups, enzymology groups, mechanistic studies groups, bioinformatics groups, and so on. We used equipment at the National Synchrotron Light Laboratory and other Brazilian laboratories."

With regard to molecular structure, the oligomeric study evidenced a protein that differed from others in its category, with a unique quaternary architecture.

"This study corroborated previous research by the group regarding the structural determinants for the enzyme's product tolerance, validating our mechanistic model. In addition, we found that this beta-glucosidase is effective under temperature and pH conditions compatible with the hydrolysis process," Murakami said.

This information is highly relevant because it suggests the enzyme discovered by the group could be used in a process called simultaneous saccharification and fermentation (SSF). Because it is effective at temperatures compatible with the growth of yeast, this beta-glucosidase enables the release of carbohydrates resulting from saccharification and their fermentation by yeast to occur at the same time. This strategy mitigates inhibition by the product because the sugars are consumed by the yeast as they are released, avoiding inhibition of the enzyme due to excessive glucose production.

The next step will be to study combining the enzyme with existing fungal enzyme cocktails to enhance efficiency by boosting saccharification.

"Once the gene of interest has been extracted using gene libraries for non-cultivable microorganisms and possible rational modifications based on knowledge of the structure to increase thermostability, it's transferred to other hosts by means of molecular biology techniques," Murakami said. "The host in question is Trichoderma, a filamentous fungal genus that already has an arsenal of carbohydrate-active enzymes. The addition of beta-glucosidase from the Amazon will boost its potential. The goal is to enhance the efficiency of an industrial microbial platform that already exists." The researchers plan to apply for a patent on the fungus engineered with the enzyme.