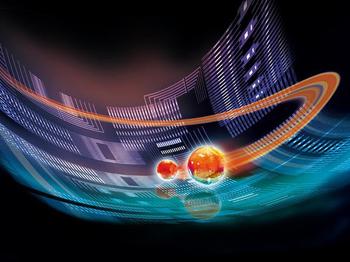 An international group of researchers has achieved the world’s first multi-qubit demonstration of a quantum chemistry calculation performed on a system of trapped ions, one of the leading hardware platforms in the race to develop a universal quantum computer.

The research, led by Cornelius Hempel and Thomas Monz, explores a promising pathway for developing effective ways to model chemical bonds and reactions using quantum computers. “Even the largest supercomputers are struggling to model accurately anything but the most basic chemistry. Quantum computers simulating nature, however, unlock a whole new way of understanding matter. They will provide us with a new tool to solve problems in materials science, medicine and industrial chemistry using simulations”, says Cornelius Hempel, now at the University of Sydney. With quantum computing still in its infancy, it remains unclear exactly what problems these devices will be most effective at solving, but most experts agree that quantum chemistry is going to be one of the first ‘killer apps’ of this emergent technology.

Quantum chemistry is the science of understanding the complicated bonds and reactions of molecules using quantum mechanics. The ‘moving parts’ of anything but the most-simple chemical processes are beyond the capacity of the biggest and fastest supercomputers. By modelling and understanding these processes using quantum computers, scientists expect to unlock lower-energy pathways for chemical reactions, allowing the design of new catalysts. This will have huge implications for industries, such as the production of fertilizers. Other possible applications include the development of organic solar cells and better batteries through improved materials and using new insights to design personalized medicines.

The team at the Institute for Quantum Optics and Quantum Information in Innsbruck, Austria, used just four qubits on a 20-qubit device to run algorithms to simulate the energy bonds of molecular hydrogen and lithium hydride. These relatively simple molecules are chosen as they are well understood and can be simulated using classical computers. This allows scientists to check the results provided by the quantum computers under development. Dr Hempel said: “This is an important stage of the development of this technology as it is allowing us to set benchmarks, look for errors and plan necessary improvements.” Instead of aiming for the most accurate or largest simulation to date, the researchers’ work focused on what can go wrong in a promising quantum-classical hybrid algorithm known as variational quantum eigensolver or VQE. By looking at different ways to encode the chemistry problem, the researchers are after ways to suppress errors that arise in today's imperfect quantum computers and stand in the way of near-term usefulness of those machines. “Besides superconducting quantum bits, ion-trap technology is the leading platform for the development of a quantum computer," says Rainer Blatt, a quantum computer pioneer from Innsbruck. “Quantum chemistry is an example where the advantages of a quantum computer will very soon become apparent in practical applications.”