Industrial consortium on the way to green kerosene 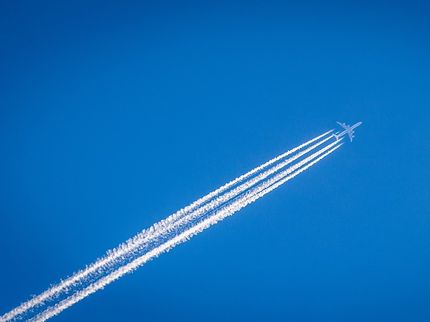 A funding application for the construction of an industrial demonstration plant has been agreed by a partnership of major companies as part of a memorandum of understanding entitled “GreenPower2Jet” (GP2J). The aim of the project, after successful pre-engineering, is to build an industrial-scale power-to-liquid plant (PtL) which will primarily supply sustainable synthetic hydrocarbons to be used in producing green, climate-neutral jet fuels. With this project, the companies and research institutes involved are taking part in the “Competition of ideas: Reality labs for the energy transition” launched by the German Ministry of Economics (BMWi).

The transport sector is facing the big challenge of making a significant reduction in greenhouse gas (GHG) emissions in the coming years in order to meet the Paris climate targets. To this end, energy efficiency must continue to be increased in order to achieve lower energy consumption in the transport sector. One of the keys to the success of mobility in tomorrow’s world may be electric drive systems in road traffic, such as electric cars or e-scooters – provided these run on renewable energy. In air traffic, however, engines and kerosene cannot be replaced so easily with electromotors and batteries. “The reason is that there aren’t any alternative forms of propulsion, and the energy density of batteries falls a long way short of that of kerosene,” says Siegfried Knecht, CEO of aireg. This is why airlines are dependent on oil-based fuel – with the drawback, though, of the resultant GHG emissions. However, it is actually air traffic which is set to grow significantly in the future, according to a forecast by the airline industry association, IATA, with this growth predicted to be 3.5 percent per year worldwide in the coming decades.

This is why the focus of the current project envisaged by the GP2J consortium is on the production of sustainable jet fuels. In order for there to be a massive, sustainable reduction in GHG emissions produced in aviation – and despite the foreseeable growth in the business – there have to be projects such as GP2J which can provide a broad-based marketability of kerosene based on PtL technology. PtL (power-to-liquid) comprises a variety of technical processes which all have the objective of the sustainable production of liquid fuels. This is achieved by using “green” electrical energy, which makes a significant contribution to reducing GHGs as it comes from using regenerative energies. Ideally, this makes it possible – via various interim steps – to produce, in particular, climate-neutral kerosene.

This means that expertise from a variety of areas is called for, and that is why the consortium includes not only the Hamburg University of Technology (TUHH), which is coordinating the project, but also Airbus, BP with BP Lingen and Air BP, the German Aerospace Centre, Dow and Hoyer Logistik and, as potential customers for the fuel produced, DHL, easyjet, supported by the Hamburg Airport, GDH Transport und Containerlogistik and the Flotte Hamburg, a subsidiary of Hamburg Port Authority. The plan is to put the idea of the project into practice over a funding period of five years.

In the first step, after a six-month pre-engineering phase lasting until 2021/22, an industrial-scale PtL plant (based on so-called Fischer-Tropsch synthesis) can, in agreement with the partners, be built in Stade, at the DOW chemical company. The synthetic hydrocarbons produced there are to be delivered to BP’s refinery in Lingen, where they will be processed as the basis for the next production steps and then used to produce green, climate-neutral jet fuel. The plan is to use this fuel at Hamburg Airport on routes which are flown regularly, as well as for the first fuelling of Airbus planes in Hamburg-Finkenwerder. In addition, “green” diesel is to be produced from the leftover by-products, and this diesel can be used in heavy goods vehicles and in the port of Hamburg, in the ships which regularly operate there. By today’s standards, none of the products from the portfolio produced can be manufactured economically, which means that regulatory incentives and funding are necessary in order for this technology, which is important for meeting the challenging targets for the reduction of GHGs, to continue to be developed.

As Ulf Neeling from Hamburg University, who is coordinating the project application, says, “This project will make it possible, for the first time, to produce a significant quantity of PtL products in Germany which can be used by a range of transport operators – in the air, on the water and in the heavy goods vehicle sector.” Using the reality lab, the experts want to establish how far the use of PtL technology can be improved economically and ecologically, and what conditions relating to energy economics would be necessary for such concepts to be feasible.

Even though the final decisions on investment have not yet been made, all those involved are entering new cost-intensive and technically highly demanding territory with the production of PtL fuels. And it can not only bring pioneering innovations to northern Germany, but also provide substantial benefits for the environment.