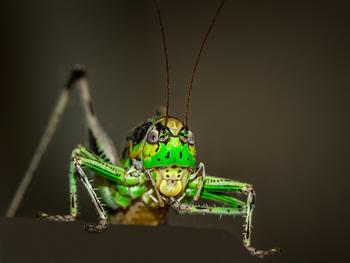 In recent years, the number of neurological developmental disorders in children has increased. Epidemiological data suggest that lifestyle factors and chemicals used in our environment contribute to this. Scientists from the Institute of Physiology and Cell Biology at the University of Veterinary Medicine Hannover (TiHo) published a test in the journal ALTEX that can be used to test chemicals - without the need for laboratory rodents.

The brain of the growing organism reacts more sensitively to chemicals than the adult. Chemical compounds such as pesticides, mercury compounds, PCBs or toluene have already been shown to be a cause of developmental disorders in children. "Unfortunately, the number of chemicals tested to date is negligibly small, since the necessary test procedures are very complex and require a high number of animal experiments with laboratory rodents. Meaningful and time-saving tests that are limited to cell culture methods and are an alternative to animal experiments that are very stressful are therefore urgently needed," explains Professor Dr. Gerd Bicker from the Institute of Physiology and Cell Biology.

How does the method work?

During embryonic development of the mammalian cerebral cortex, guiding signals such as the protein semaphorin control where the axons of the nerve cells (axons) grow. The signalling substances generate a concentration gradient which the axons use as a basis. "Semaphorins are signal transducers for the so-called pioneer neurons that emit the first axons in the developing nervous system," explains Gregor Bergmann, who is working on the topic in his doctoral thesis under Professor Bicker. "Semaphorins have been conserved in evolution from virus to man, so hardly altered." The pioneer neurons of the insect embryo lay along semaphoring gradients the first sensory tract from the limbs into the central nervous system. The similarity of the pathfinding mechanisms between insect embryos and the mammalian cerebral cortex prompted Bickers' research group to use locust embryos as a developmental toxicological test system.

Replacement and supplementation methods used to date mainly record relatively easily measurable cell properties such as the viability of cells, cell proliferation or the synthesis of neuronal proteins. The development of a functional brain, however, requires multi-layered interactions of different cell types, for example when nerve fibres in the complex environment of neuronal tissue have to precisely find their way to their target areas. The novel test system addresses this complexity by allowing researchers to cultivate the complete intact insect embryo together with the test chemicals. They then use fluorescence microscopic methods to quantify whether the pioneering neurons are formed in the tissue, grow out and make mistakes. The results of the project funded by the Federal Ministry of Education and Research show the sensitivity of the system to pesticides, calcium channel blockers and substances that influence the structure of the cytoskeleton.

In order for the insect assay to be routinely used as an alternative and complementary method to animal testing, it must be standardised. "The process will take several years," says Bicker. It could then be used to determine whether the cerebral cortex is correctly interconnected under the influence of test chemicals in mammals. In addition, it could be used as a replacement and supplementation method to screen pharmacological agents that promote the growth of neuronal connections and thus help regenerate the nervous system after injuries.

"The project is given a special touch when you consider that scientists have been intensively researching the developmental biology of grasshoppers for a century in order to develop strategies to combat this swarm-forming insect pest. This basic research showed that the locust embryo is a clear model organism in order to study how nerve cells form and grow," said Bicker.