Industrial production of chemistries based on renewable resources 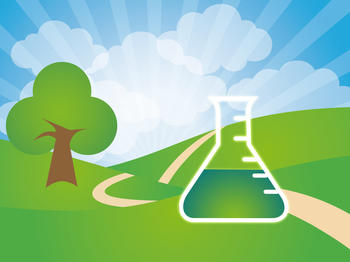 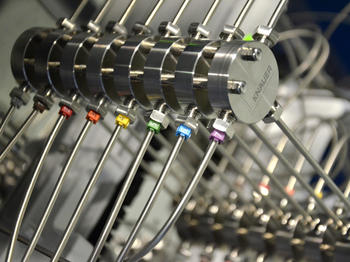 Starting September 2019, KNAUER is now part of the EU funded IMPRESS research program, with the goal to advance the sustainable production of chemistry raw materials. The research program which is driven by a consortium of ten member companies and research institutions received a total grant of 13 million Euros.

The research project’s acronym stands for “Integration of efficient downstreaM PRocessEs for Sugars and Sugar alcohols”.

Over the course of four years, the IMPRESS team aims to demonstrate a new kind of bio refinery, which allows converting plant-based non-food materials into important base chemicals.

Taking the example of sustainably produced mono ethylene glycol, it could for example enable the production of the highly demanded polyesters without fossil source materials. This next-generation bio refinery is designed to neither compete with world food production directly, nor for the involved resources.

There are several other processes involved in this research project, including biotechnology to break up the plant material into sugars. Using sustainable catalytic process technology, this can then be further turned into important base chemicals. Newly developed separation methods will be needed to purify intermediates and/or end products.

Earlier, KNAUER participated in the EU funded “Valor Plus” research program which also focused on technologies to create new bio refinery processes to utilize the whole plant by valorizing by-products, in contrast to today’s bio refinery which basically makes use of the crop only. From KNAUER’s perspective, the new IMPRESS program can thus be seen as an advancement of Valor Plus.

“During the research project “Valor Plus”, KNAUER successfully developed an SMB process for the purification of Xylitol from a non-food plant-based feedstock fermentation. We are happy that we can now continue helping to implement industrial production of chemistries based on renewable resources.”, says Dr. Matthias Lübbert, Business Development Manager at KNAUER in Berlin.

The IMPRESS project has received funding under the SPIRE program under grant agreement No 869993. SPIRE, part of Horizon2020 which is the European subsidy program to facilitate a Sustainable Process Industry in Europe.