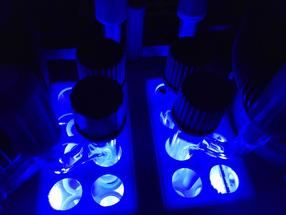 Some of the most biologically active molecules, including synthetic drugs, contain a central, nitrogen-containing chemical structure called an isoquinuclidine. This core has a three-dimensional shape which means it has the potential to interact more favourably with enzymes and proteins than flat, two-dimensional molecules. Unfortunately methods to make isoquinuclidines and the related dehyrdoisoquinuclidines suffer from a number of drawbacks which make it more difficult for scientists to discover new medicinal compounds. A team of researchers led by Prof. Frank Glorius at the University of Münster have now published a new method of enabling this reaction.

Several methods for the preparation of three-dimensional core structures involve the addition of another molecule across a flat structure. The internal bonds of both molecules are reorganised to create new bonds between them in a transformation called a cycloaddition. In the case of isoquinuclidines, there is a high energy barrier to this chemical reaction since the flat starting molecule, a so-called pyridine, is very stable. This means that simple heating of the reaction is not enough to allow it to occur.

In the newly developed method, a special “photocatalyst” is able to transfer light energy from blue LEDs to excite a carbon-carbon double bond containing starting material to a high energy state. The excited molecule is then capable of addition into a nearby pyridine to give a dehydroisoquinuclidine. The scientists disclosed 44 examples of these compounds, which could afterwards be transformed into isoquinuclidines and other useful structures.

A highlight of the research is the recyclability of the photocatalyst, which can be used more than ten times without any decrease in its activity. The scientists also carried out experiments to understand the mechanistic details of how the reaction works, supported by computational calculations.

“We hope that the work will inspire other chemists to explore the area of so-called ‘energy-transfer catalysis’ and that easier access to these valuable molecules will accelerate the development of new drug molecules,” says Dr. Jiajia Ma, first author of the study.