But China is catching up fast 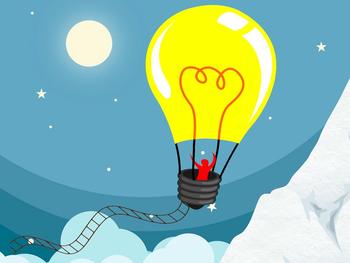 The international balance of power in innovation is shifting. When it comes to world-class patents in important cutting-edge technologies, the United States still occupies the leading position in almost every field. But China is catching up fast or has already overtaken the United States in some areas thanks to its much greater dynamic. This is the central finding of our new study on the development of national and regional portfolios of patents in cutting-edge technologies since 2000.

Innovation is the fundament of social progress and international competitiveness. This is particularly true for new developments in important cutting-edge technologies such as 3D printing, 5G, or energy conversion. The new Bertelsmann Stiftung study "World class patents in cutting-edge technologies – The innovation power of East Asia, North America and Europe" takes a closer look at the most important patents in 58 of these technologies. Based on a new approach to patent assessment developed by Swiss Research Institute and Consultancy EconSight, it analyzes how the innovative power of major economies and world regions has shifted between 2000 and 2019. The results clearly show that East Asia is on the rise.

Still, China is catching up fast. In the past two decades, it has not only produced a huge number of patents but also made a great step forward in patent quality. In 2019, China ranked among the three countries with the most world class patents in 42 of the 58 technologies examined. In five technologies in the fields of nutrition and environment, China already holds the most world-class patents. In 2010, the country was not among the top 3 in a single technology, and in 2000 not even among the top 5. With similar growth rates, South Korea has also managed to climb up the ranks. As of 2019, for instance, it holds the second most 5G world class patents.

The remaining three top spots go to Japan. It has the most world class patents in electric vehicles, battery technology, and advanced coatings. This also means that no European country holds the most world class patents in any of the 58 technologies examined. Germany is still the strongest European patent power, claiming the second most patents in seven technologies. In wind power, it closely trails the leading United States. France and the United Kingdom each manage to score the second highest share in only one technology: France in air and space tech and the United Kingdom in rational drug discovery. In general, health is one of Europe’s strong suits. Particularly in vaccine technology, European countries have been able to shrink the lead of the United States over the past decade.

"Europe needs a clear political commitment towards a common initiative. The competition lies not within the European countries or their respective organizations. The competition clearly comes from Asia and the US. Keeping this in mind a Pan-European Innovation-Platform surrounded by a transnational eco-system backed by the governmental budgets and financial incentivation schemes would be a clear sign to take innovation serious as the basis for future resilience and sustainability for the European economies and societies in their countries," sums up Brigitte Mohn, member of the Bertelsmann Stiftung Executive Board. In Europe, the study calls for the expansion of European and international cooperation, for closer collaboration between institutes for basic research and companies, for a better start-up culture, and for combining innovation and social progress.

The approach of the study differs from previous patent analyses as it takes into account the large qualitative differences between patents. The mere quantitative analysis of all patent applications is not enough to provide the true picture of the patent strength of a country. Therefore, this study focuses on world-class patents in cutting-edge technologies: It considers only the top ten percent of patents from technology groups, which are likely to shape important future developments and are often cited in patent applications as well as registered in many markets.