Will ships run more environmentally friendly in the future? 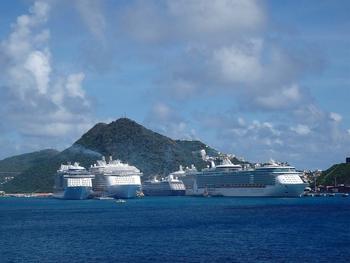 There is movement in the fuel market for ocean-going vessels. Targets to reduce ex-haust emissions require new sustainable ways of producing diesel and heavy fuel oil. What could these paths look like? What are the new raw materials? Researchers at Fraunhofer UMSICHT succeeded in mapping the entire process chain for the production of bio-based blending components as part of the PyroMar project. Testing is starting right now.

Ships emit large amounts of sulphur dioxide and carbon dioxide into the environment. Their share of global CO2 emissions is about 3 percent, which equals the overall CO2 emissions of Germany. Since 2015, ocean-going vessels within the so-called Emission Control Areas (ECAs) - including the special zones of the North and Baltic Seas, areas of the North American coasts and the coastal waters around Puerto Rico - may only be operated with fuels with a maximum sulphur content of 0.1 mass %. Also outside these zones, the regulations have been tightened: a global limit of 0.5 mass % sulphur has become effective this year.

The specifications will affect the marine fuel market, and experts do not rule out that supply shortfalls for fuels with low sulphur contents could ensue. Drop-in-fuels based on sustainable biogenic raw materials could solve the problem and, in the long term, replace at least part of the petroleum-based fuels. Biofuels, however, can’t be produced so far in the required quantities. Besides, production is cost-intensive. "What will be viable, ecologically and economically, already in the near future is blending bio-based admixture components to fossil fuels," says Dr. Volker Heil from Fraunhofer UMSICHT. The leader of the PyroMar project and his team from Oberhausen are developing the technology for producing these components, jointly with project partners from Rostock and Heidelberg.

The raw material used for this is previously unused biomass, e.g. straw, autumn leaves, landscape hay or shrubbery. Their advantage is that, unlike commonly used energy crops such as rapeseed or corn, they do not compete with food production. Using ablative fast pyrolysis - a process in which organic compounds are converted into higher-value products at high temperatures and without oxygen - the biomass is first turned into pyrolysis oil. The oil contains acidic components, which are esterified with bio-based long-chained alcohols in the next step. Volker Heil: "This enables us to achieve the best possible miscibility with fossil diesel fuels or heavy fuel oil, without adding hydrogen, which is quite often required in other biofuel processes." The catalytic production of long-chained alcohols from ethanol of straw origin was developed at Fraunhofer UMSICHT, so that the institute can cover the entire process chain for the production of bio-based blending components within the framework of PyroMar.

The researchers' expectations of the first engine tests are high. The Chair of Piston Machines and Internal Combustion Engines at the University of Rostock is currently finalising tests to ensure that no special modifications to the engine are necessary for the bio-based admixture components. Coming along with the technical development of the admixture components are a number of studies, coordinated by ifeu - Institute for Energy and Environmental Research in Heidelberg: Among other things, environmental and economic sustainability assessments are performed and the biomass potential and sales markets analysed. In addition, the parties involved are taking a detailed look at the legal framework and are developing approaches for the PyroMar concept's path to the market. "We are very excited about the results, because we want to offer a real alternative to solve the sulphur problem and to save CO2 in shipping," Volker Heil points out conclusively.