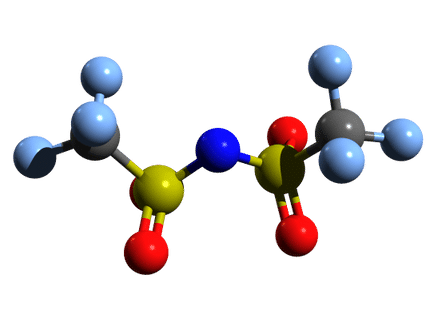 Ionic conductors transport electric current. One simple application of this process is the common battery which uses a salt bridge to connect two electrolyte solutions. Conductors are also used in other forms of electrochemical energy storage for example when ions pass from one electrode to another through an electrolyte, usually in the form of a liquid, as is the case in fuel cells. “We understand the basic ion transport mechanism, but until now it has been unclear what takes place at a microscopic level”, explains Junior Professor Hans-Georg Steinrueck from Paderborn University. Working with scientists from the Stanford National Accelerator Laboratory SLAC and the Argonne National Laboratory, both based in the USA, Steinrueck has been conducting research into how the movement and speed of individual ions can be measured. The research study has now been published in the “Energy and Environmental Science” journal. The results may contribute to the future development of more efficient battery types, helping to advance concepts for carbon neutral energy supplies.

A spatial and temporal comprehension of ion transport

“It is important to gain a better understanding of ion transport in order to develop new conductors and thus improve the performance of individual appliances or even complete technologies. Even mechanisms in membrane filters and biochemical processes in the human body can be better understood. Until now predictions could only be based on models that applied a continuum. These provide a schematic replication of events on a macro level. There are no analyses that consider the relationship between the temporal and spatial dispersion of ions at a microscopic level. This, however, is essential for simulating ion behaviour in systems or technological appliances,” Steinrueck explains.

The Paderborn Chemist and his team hope to pave the way for environmentally-friendly energy storage: “Knowledge of transport mechanisms is vitally important because this information enables us to develop new electrolyte and electrode materials. The power and safety of an electrochemical cell, such as the ion battery or fuel cell can thereby be predicted with much greater accuracy”, Steinrueck continues.

The international research team is employing a pioneering approach using “operando spectroscopy”, an analytical methodology which simultaneously relates the spectroscopic characterization of materials with their electrochemical activity measurements. This combines synchrotron x-rays and macroscopic observations of transport phenomena. Steinrueck summarizes: “Not only have we coupled multiple measurement techniques, but we have also incorporated simulations into the analyses. We believe that our method can be applied to various ion conducting materials. To our knowledge, we have produced the first spatial resolutions of ion movement in an electrochemical system.” Steinrueck is confident that this method can be implemented in the future development of new ion batteries and fuel cells and thus contribute to achieving the goal of carbon neutrality. The research may also potentially lead to a deeper understanding of biochemical processes.