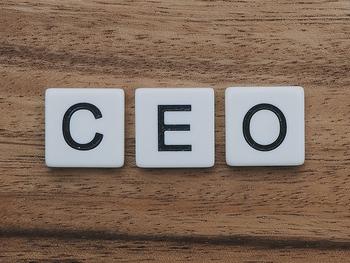 At its meeting, the Supervisory Board of Wacker Chemie AG made key personnel decisions to ensure long-term continuity in the management of the Company. Rudolf Staudigl (66), President & CEO of the Executive Board of Wacker Chemie AG, will retire at the end of the next Annual Shareholders’ Meeting, scheduled for May 12, 2021. The Supervisory Board has appointed Christian Hartel (49), an Executive Board member since 2015, to succeed Staudigl as of the same date. Angela Wörl (53) will simultaneously take up Hartel’s position as Personnel Director on the Group’s Executive Board. Wörl is currently head of WACKER’s Human Resources corporate department. Her Executive Board contract is set to run for three years.

Peter-Alexander Wacker, Chairman of the Supervisory Board, thanked Staudigl for his many years of dedicated work for the Company: “Over a period of more than 25 years, Rudolf Staudigl has been decisive in shaping the growth and development of the WACKER Group, initially as an Executive Board member and then as President & CEO. He played an outstanding role in several key decisions that helped plot the Company’s future course, namely WACKER’s buyback of Hoechst AG’s stake in the Company, the Group’s IPO in 2006 and the Siltronic IPO in 2015. Crucial strategic projects such as WACKER’s successful expansion into the growth markets of Asia and the construction of fully integrated production sites in China and the USA bear his signature. The Company has much to thank Rudolf Staudigl for, and what he has achieved throughout his career is worthy of our greatest recognition and respect. Christian Hartel, who we have appointed as our new President & CEO, has proven himself over almost two decades in several key positions, including on the Executive Board. Angela Wörl’s many years of wide-ranging experience in the Group’s Human Resources management will stand her in good stead in her new role as Personnel Director on the Executive Board.”

The designated President & CEO Christian Hartel said: “Wacker Chemie AG is extremely well placed and has promising growth potential. Under my leadership, the Company will continue on its successful strategic path.”

Dr. Christian Hartel studied chemistry at the University of Constance. After earning his doctorate at the universities of Geneva and Frankfurt am Main, he began his professional career at management consultants Bain & Company in 2000, moving to Corporate Development at WACKER in 2003. After various management positions at the WACKER BIOSOLUTIONS and WACKER SILICONES divisions, he became head of Raw Materials Procurement in 2010. In 2012, he was named President of

WACKER SILICONES. Hartel was appointed to the Executive Board of Wacker Chemie AG in November 2015.

Dr. Rudolf Staudigl studied chemistry at Ludwig-Maximilians University in Munich and obtained a Ph.D. (Dr. rer. nat.) in chemistry in 1981. After research posts at Harvard University in Cambridge (Massachusetts, USA) and then Ludwig-Maximilians University, he joined Wacker Siltronic AG in 1983. He became vice president of Operations at Wacker Siltronic Corporation in Portland (Oregon, USA) in 1989 and president a year later. In 1993, Staudigl joined Wacker Siltronic AG’s Executive Board. He has been a member of the WACKER Group’s Executive Board since 1995 and was appointed President & CEO in May 2008.

Angela Wörl studied law at Ludwig-Maximilians University in Munich. After occupying various positions at courts, public authorities and legal firms in Germany and the USA, she joined WACKER’s Legal department in 1995. In 2003, she assumed responsibility for international HR assignments and HR development at WACKER’s HR corporate department. After further management roles in HR at the Company, Wörl left WACKER temporarily in 2011 for family reasons, spending almost three years in South Korea and China. She returned in 2014 to take over as head of the Executive Personnel corporate department. Wörl became head of HR in November 2015.