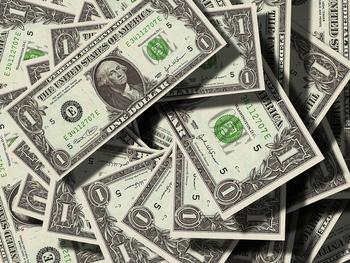 The Munich-based chemical company WACKER is acquiring 100 percent of the shares in pharmaceutical contract manufacturer Genopis Inc. from Helixmith Co Ltd, Seoul (South Korea) and Medivate Partners LLC, Seoul (South Korea). WACKER signed a corresponding agreement. WACKER will continue Genopis' existing customer relationships as a contract manufacturer (CDMO) for plasmid DNA (pDNA). The total purchase price for the acquisition consists of a $39 million cash payment due upon closing as well as possible further performance-based payments under a so-called earn-out model. The transaction is expected to close in the 1st quarter of 2021.

“This strategic acquisition is a key step in our ongoing expansion in the high-growth biopharmaceuticals market,” explained WACKER’s President & CEO, Rudolf Staudigl. “Genopis’ expertise in plasmid DNA technology expands our portfolio as a pharmaceutical-sector contract manufacturer. At the same time, the acquisition allows us to establish a local presence in the large US market for biologics.”

Incorporated in 2018, Genopis operates a specialized, 500-liter-capacity fermentation line for the manufacture and purification of pDNA. Further small-scale fermentation and downstream processing facilities for pDNA are currently under construction at Genopis’ site in San Diego. The company's approximately 40 employees have extensive experience in the production of pDNA according to the quality guidelines of "Good Manufacturing Practice" (GMP). pDNA can be used either directly for nucleic acid-based gene therapies and for vaccines or as a starting point for such innovative therapeutic agents, for example to manufacture messenger RNA (mRNA).

Furthermore, WACKER and Helixmith plan to strategically collaborate on the production of a pDNA gene therapy developed by Helixmith for the treatment of diabetic peripheral neuropathy (DPN). The sub-stance, called VM202, is currently in clinical trials. Once approved, the two companies intend to have WACKER, as a CDMO partner, manufacture VM202 for commercial market supply. DPN is a com-mon and so far difficult to treat chronic complication of diabetes. In the future, WACKER as a CDMO could also manufacture at the new San Diego site other pDNA products developed by Helixmith.

“A partnership with WACKER, one of the world`s leading microbial drug CDMOs, provides a significant boost to Helixmith,” said Seungshin Yu, CEO of Helixmith. “Having a strong partner like WACKER provides us with additional confidence as we pursue our global blockbuster pipeline” she commented.

“Acquiring Genopis is an ideal way to complement our existing activities as a contract manufacturer of biopharmaceuticals and vaccines,” explains Susanne Leonhartsberger, president of the WACKER BIOSOLUTIONS division. “For several decades now, Wacker Biotech has manufactured therapeutic proteins, live microbial products and vaccines for clinical development and commercial supply at its sites in Jena, Halle and Amsterdam. We are experts in microbial technologies. In recent months, we’ve invested in our Amsterdam site and made preparations to expand our production capabilities to include mRNA. The acquisition of Genopis is a further logical step in providing our customers with optimal support in the development and production of nucleic acid-based actives and innovative forms of therapy.”

Only recently, WACKER announced it had signed an agreement with Tübingen-based CureVac to produce the company’s mRNA-based COVID-19 vaccine candidate CVnCOV.

“We are delighted to join a leading microbial CDMO and become part of a global network in Wacker,” said Keith Hall, Chief Operating Officer of Genopis. “We look forward to growing our biopharma CDMO business together with our new colleagues.”