Predicting the Performance of Catalysts 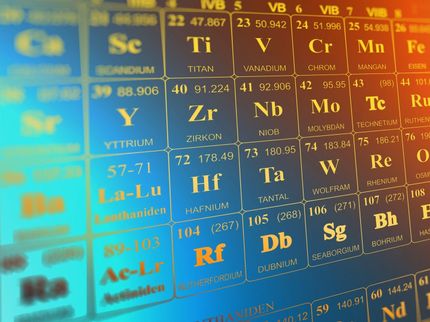 Green electricity should be available as soon as possible, at best from all power outlets: electrochemical processes are the basis for a sustainable energy, but they need new, high-performance catalyst materials. Theoretical calculations help to avoid dead ends and to focus on the most promising candidates. A chemist at the University of Duisburg-Essen (UDE) has decisively improved this performance prediction and has now received an award for his achievements. He published his work in the trade journal Electrochimica Acta.

Electrochemical water splitting into oxygen and the energy carrier hydrogen and using the latter in a fuel cell – these are just two examples of processes that require high-performance catalyst materials. Dr. Kai S. Exner can now predict even more precisely the actual performance of a material combination that appears promising for this purpose. Subsequently, his colleagues at the Center for Nanointegration Duisburg-Essen (CENIDE) can begin the potentially complex and expensive production and initial experimental tests.

Traditionally, theoretical chemists make use of the "Sabatier principle" for activity predictions. This concept inspects the binding strengths of the intermediates formed during the reaction. The intermediate that deviates most strongly from an average binding strength is the limiting factor that must be given special attention during subsequent development in the lab.

Initially, this principle was developed for thermal catalysis. Therefore, it ignores the fact that the reaction steps in electrocatalysis are controlled by the applied electrode potential, which in turn influences the bond strength of the intermediates. Within his research for the Collaborative Research Center 247 "Heterogeneous Oxidation Catalysis in the Liquid Phase", Exner was now able to extend the Sabatier principle by factoring the applied electrode potential into the analysis and also to consider all reaction steps instead of just one.

"Theory and model calculations must always remain as close as possible to the experiment," explains Exner. "My research significantly improves this relationship and enables better predictions, but also allows for statements on how to optimize already existing materials."

Exner was awarded the Joachim Walter Schultze Prize of the “Arbeitsgemeinschaft Elektrochemischer Forschungsinstitutionen” for his pioneering publications on the subject.