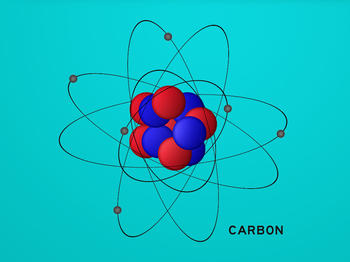 Using inverse kinematics, the elegant inversion of an established research method, and choosing the right measurement conditions, an international team presented a way to study in detail the properties of the nucleon-nucleon interaction in the atomic nucleus. The experiment was carried out by a large international collaboration (BM@N Collaboration) led by the Massachusetts Institute for Technology (MIT), Tel Aviv University, TU Darmstadt, and the Joint Institute for Nuclear Research (JINR) at the JINR's accelerator facility in Dubna near Moscow, and published in the latest issue of Nature Physics.

Strongly interacting quantum mechanical many-body systems are particularly difficult to study experimentally in nature. One such system is the atomic nucleus, which is held together by the strong interaction between its constituents, the nucleons. Studying the properties of this interaction in the dense nuclear structure is a great challenge. For this purpose, for example, high-energy proton beams with small wavelengths are used, which are fired as probes at the atomic nuclei to be investigated. However, this method makes it difficult to obtain an unobstructed view of the microscopic structure with the aid of the probe due to complex multiple interactions.

This is where the scientists of the collaboration came in. For their experiments, which have now been published in Nature Physics, they reversed the principle of the experimental setup - they worked with inverse kinematics. Instead of shooting a proton beam at an atomic nucleus, they had the carbon nuclei to be studied hit protons at rest. They thus succeeded in showing that in such experiments, but in inverse kinematics, a selection of the final state is possible that excludes scattering processes involving more complex interactions, thus allowing accurate studies of the forces in the atomic nucleus without the disturbing "noise" of other physical effects. Key to the experiment described in Nature Physics was the inversion of the kinematics, in which the nucleus under study is fired as a high-energy beam (in this case, about a 3 GeV/nucleon 12C beam) at resting protons (in the form of a liquid-hydrogen target). This, in addition to measuring the scattered nucleons, allows an accurate measurement of the final state of the nucleus after the scattering process, which is not possible in experiments in normal kinematics. The analysis of the experiment showed that direct scattering processes can be identified by appropriate selection of the final state. Thus, information about the properties of the nucleons in the ground state of the nucleus can be obtained.

This selectivity allowed the scientists to gain new insights into the short-range part of the nucleon-nucleon interaction already in this first experiment. The properties of nucleon-nucleon and multi-nucleon interactions at small distances is of particular interest: It is of particular importance for understanding the properties of neutron-rich nuclear matter of high density, such as exists in the universe in the form of neutron stars.

Dr. Meytal Duer, a staff member at the Institute of Nuclear Physics (AG Aumann) at TU Darmstadt and responsible for large parts of the analysis of the now published experiment, explains: "This experimental breakthrough opens the way to explore in detail the properties of the short-range nucleon-nucleon interaction in neutron-rich short-lived nuclei." Such nuclei could be produced as intense beams at the new Darmstadt accelerator center FAIR, Duer said. The collaboration is already planning a first experiment with an unstable nucleus at the R3B facility (Reaction with Relativistic Radioactive Beams) at the GSI Helmholtz Centre for Heavy Ion Research in Darmstadt next year.