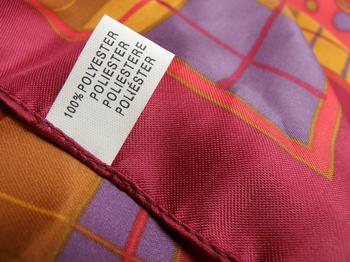 Aromatics are major building blocks of polymers, or plastics, that turn up as everything from PET bottles for water to breathable, wrinkle-resistant polyester clothing.

Aromatics are major building blocks of polymers, or plastics, that turn up as everything from PET bottles for water to breathable, wrinkle-resistant polyester clothing. These petrochemicals comprise a specialized, value-added sector of the energy industry. The process for refining crude oil into useful aromatic streams for derivative use often involves the usage of a catalyst to facilitate chemical reactions. Among the various types of catalysts, many are zeolites - porous aluminosilicates - such as ZSM-5, a unique synthetic zeolite prolifically used in the upgrading of chemicals in alkylation and isomerization. Petrochemicals producers are constantly looking to minimize overhead costs to weather the volatility in commodity markets and provide a competitive end product to the average person.

Jeffrey Rimer, Abraham E. Dukler Professor at the University of Houston Cullen College of Engineering and Javier Garcia-Martinez, professor of inorganic chemistry at the University of Alicante, have uncovered a seeding method that simplifies the synthesis process and results in spontaneous pillaring of zeolites. The work is published in Advanced Materials. The process results in more aluminum concentrate in the zeolite and a unique crystal structure to facilitate chemical reactions with reduced carbon build up.

"This novel technique has the advantage of producing thicker well-formed sheets, which is important to produce highly stable materials - an important feature in most industrially relevant applications," said Martinez.

"These hierarchical catalysts show unprecedented improvement in catalyst performance with 4-fold lower rates of deactivation, five-fold increases in activity and nearly two-fold increases in selectivity," according to Rimer.

In industry, petrochemical producers often must take turnarounds every two years or so to regenerate a catalyst or replace it altogether. In the US, late first quarter to early second quarter usually sees several refiners take a two-week to two-month maintenance period to accommodate this. During that time, production and profit are lost, and while these improved hierarchical zeolite catalysts will not end turnarounds altogether, their smaller but stable 30-60 nanometer size supplies aluminum - active sites for catalysis - comparable to commercial ZSM-5. However, their small size simultaneously improves selectivity and reduces carbon build up. This hints at longer periods between costly turnarounds and increased yield.

The implications of this study extend to an improved understanding of zeolite nucleation - or first observation of a crystal - and point toward a new process for creating pillared zeolites without costly organic structure-directing agents (OSDA). Zeolites with hierarchical (pillared) structures have been prepared previously only with OSDAs, which operate as templates to form these unique structures.

"Until now, OSDAs were believed to be critical to synthesis of pillared zeolites, acting as templates to facilitate the formation of thin interconnecting nanosheets," Rimer said." But as we observed in this seeding process, these 30-60 nanometer nanosheets emerged from amorphous material and formed pillars without any template."

Seeding proved to be instrumental in synthesizing pillared zeolites with improve catalytic performance in Friedel-Craft alkylation and methanol to hydrocarbon reactions. This synthesis approach bypasses the typical energy intensive process of utilizing OSDAs. Organics previously thought essential for creating zeolites that can be utilized commercially are ultimately no longer necessary.

Next steps for this project include scaling up the process to show whether this improved zeolite catalyst can replicate its performance on industry scale. This research also functions as a springboard for further exploring the implications of seeding to produce other zeolites with unique structures and exceptional performance in commercial applications.