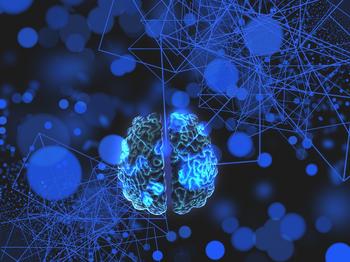 Skoltech researchers and their colleagues from China and Germany have presented a new search algorithm for single-atom-alloy catalysts (SAACs) that found more than 200 yet unreported candidates. Their work provides a recipe for finding best SAACs for various applications.

Single-atom-alloy catalysts, or SAACs, where single atoms of rare and expensive metals such as platinum are dispersed on an inert metal host, are highly efficient and selective in numerous catalytic reactions, including selective hydrogenations, dehydrogenations, C−C and C−O coupling reactions, NO reduction, and CO oxidation. That is why they are used in industrially important reactions such as hydrogenation of organic molecules for upgrading chemicals to higher value products.

"The efficiency of SAACs in these reactions is attributed to a synergistic effect of alloy components that provide efficient hydrogen molecule dissociation without excessive binding of hydrogen atoms. However, there are not so many known SAACs that are stable and at the same time catalytically active, mostly because their design so far has largely relied on trial and error. Even within binary alloys there are several thousands of possible SAAC with different metal combinations and surface cuts. This makes the trial and error approaches extremely inefficient," Sergey Levchenko, Assistant Professor at the Skoltech Center for Energy Science and Technology, says.

Levchenko and his colleagues were able to identify accurate and reliable machine-learning models based on first-principles calculations for the description of the hydrogen binding energy, dissociation energy, and guest-atom segregation energy for SAACs. This led them to make a much faster (by a factor of one thousand) yet reliable prediction of the catalytic performance of thousands of SAACs.

"The model correctly evaluates performance of experimentally tested SAACs. By scanning more than five thousand SAACs with our model, we have identified over two hundred new SAACs with both improved stability and performance compared to the existing ones," the authors write.

They used artificial intelligence to extract important parameters (descriptors) from computational data that correlate with the catalytic performance of SAACs and at the same time are very fast to calculate. In addition to practical models, the authors also developed a novel machine-learning methodology for identifying combinations of materials' physical properties that result in outstanding catalytic performance, thus extracting physical knowledge and understanding from data.