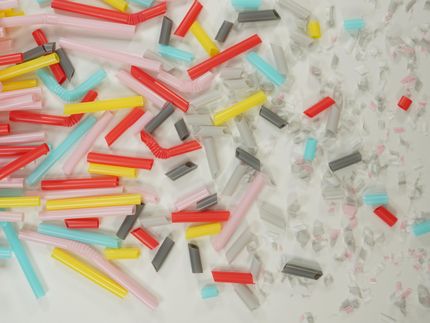 Over 70 million tonnes of microplastics are in the oceans. They are then ingested by marine life and humans through rain and airborne transmission. Two physicists, Jean-Baptiste Fleury of Saarland University and Vladimir Baulin of Tarragona University, have recently discovered that microplastics can mechanically destabilize cell membranes.

Tiny plastic particles of micrometric size are present everywhere, in the oceans, in the air, in the snow of the Himalayas; they have even been spotted in the human placenta. Two physicists have now discovered that microplastics stretch the membranes of human red blood cells, greatly reducing their mechanical stability.

"Currently, a possible toxic effect of microplastics on human cells is being discussed," explains Dr. Jean-Baptiste Fleury, an experimental physicist at the chair of Professor Ralf Seemann at Saarland University. Microplastics are not a priori lethal immediately after ingestion into living organisms. However, scientific evidence clearly indicates that microplastics can lead to inflammation in cells. "However, the possibility of inflammation of a cell membrane by a purely physical effect is completely ignored by the vast majority of studies," states Jean-Baptiste Fleury.

In fact, from a physical point of view, no effect is actually to be expected. In principle, a cell membrane has more in common with a liquid than with solid tissue. It is well known that any mechanical effect on a liquid wears off with time and should therefore disappear. "Surprisingly, however, we observed that the membranes of artificial cells and red blood cells stretch in the presence of microplastics," the experimentalist continued. "Apparently, the membrane of human red blood cells spontaneously ignites," Jean-Baptiste Fleury explains the massive effect of this microplastic on cell membranes.

Theoretical physicist Dr. Vladimir Baulin of the University Rovira i Virgili in Tarragona, Spain has developed a mathematical model of how exactly plastic particles act on cell membranes. "Put simply, Vladimir Baulin's model predicted that each particle consumes part of the membrane area, causing the membrane to contract around a particle. This effect then inevitably leads to a mechanical stretching of the cell membrane," explains Jean- Baptiste Fleury. "Moreover, we were able to demonstrate experimentally that the theoretical model can even quantitatively predict the increase in cell membrane tension."

To do this, Jean-Baptiste Fleury used microfluidic technology to make a model of a human cell membrane and red blood cells, measured the tension of these membranes in contact with microplastics. The physicists made another surprising discovery: the plastic particles never stayed in one place on the cell membrane, but were moved around by continuous diffusion. Fleury and Baulin suspect that this diffusion is the cause of the persistent tension on the cell surface, thus preventing the mechanical relaxation of the cell, contrary to the original assumption.

This experimental proof of the theoretical model allows conclusions to be drawn about the general validity of this mechanism, which can be transferred to a large number of human cells or organs, the scientists conclude.