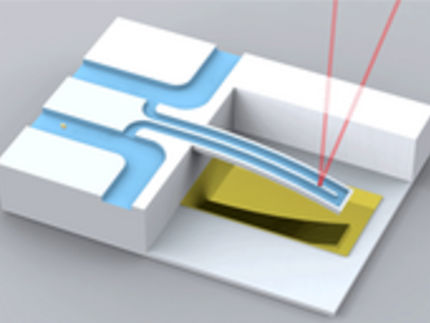 Discovery in nanoparticles findings has important implications for biotechnology.

The functionality of nanoparticles in a host of applications, including drug delivery and nano-optics, is often dictated by their mass and size. Measuring these properties simultaneously for the same nanoparticle has also been challenging.

Now scientists from the University of Melbourne and Massachusetts Institute of Technology (MIT) have discovered that this measurement feat can be performed by passing the nanoparticles, in their native solution, through an inexpensive and simple mechanical tube.

In a paper released in Nature Communications researchers detail how they made the discovery using existing instrumentation and new mathematics.

Simple mass balances work by tracking the frequency of a mechanical resonator. But can these balances be used to also measure size? To address this question, the team studied how nanoparticles move when placed in a mechanical fluid-filled tube that is vibrating.

Co-lead author and University of Melbourne Research Fellow, Dr Jesse F. Collis, said: “While previous applications have focused on the up-and-down motion of nanoparticles relative to the surrounding fluid, we wondered about the effect of rotational motion.”

MIT postdoctoral fellow and co-lead author, Georgios Katsikis, made the key experimental observation that the tube’s vibration can change even when the tube is not vibrating up and down.

“This surprised me. Everyone had thought that no up-and-down motion meant no signal. We wanted to understand what was behind this signal.”

“Basically, the nanoparticle creates a hole in the liquid which alters the liquid flow,” Dr Collis said. “It is this phenomenon that allows us to develop new mathematics to link the tube vibration to the hole, and hence the particle size in addition to its mass.”

The findings have important implications for biotechnology, where knowledge of particle size can be used to augment the existing applications of mass. Viral vectors in vaccine development can be weighed to check if DNA is successfully packed inside a virus. Size can provide information if virus forms clumps of aggregates, which reduces efficacy of treatment.