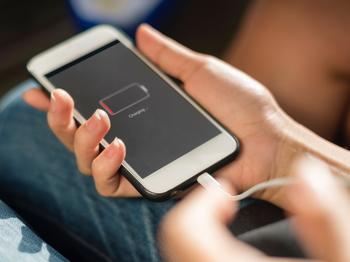 When you hold a smartphone in your hand or put your hand to the back of a desktop PC, you can feel it: electronic calculations inevitably generate heat.

When you hold a smartphone in your hand or put your hand to the back of a desktop PC, you can feel it: electronic calculations inevitably generate heat. A team of scientists led by Professor Christoph Strunk und Dr. Nicola Paradiso from the Institute for Experimental and Applied Physics at the University of Regensburg is researching ways to change this in the future. Their findings have now been published in the journal “Nature Nanotechnology”.

Heat generation in electronic computations arises from the fact that computing involves controlling many tiny currents that flow in circuits that are opened and closed. So the question is why not use superconducting circuits, which by definition conduct current without power dissipation, to avoid heat generation in computers.

The problem is that many circuit components in normal electronics do not yet have a superconducting counterpart. The most important example of this is the diode, a key element in electronics. As the basis of the first transistor, the diode is a junction between two semiconductors with different doping through which current can flow easily (with low resistance) in one direction and heavily (with high resistance) in the other. The direction depends on whether the polarity of the applied voltage matches the doping polarity in the junction.

"The biggest challenge in building a superconducting diode is that superconductors do not distinguish between left and right. Their resistance is zero no matter in which direction the current flows," explains Dr. Nicola Paradiso from the Institute for Experimental and Applied Physics at the University of Regensburg. To solve this problem, the research team led by Prof. Strunk in Regensburg (in collaboration with Prof. Michael Manfra and collaborators from Purdue University and Microsoft Quantum Purdue, USA) has used indium arsenide, a special semiconductor composed of relatively heavy elements. While this semiconductor is not a superconductor, it can maintain a resistive current between two ordinary superconducting conductors (e.g., aluminum), creating what is known as a Josephson junction (B. Josephson, Nobel Prize 1973). Due to the special theory of relativity, the electrons sense the large electric field of the heavy ions as a magnetic field. This magnetic field affects the internal magnetic moment of the electrons - their spin - and creates a so-called spin-orbit coupling.

Why is this important?

Indeed, this trick is the key to enable electrons to tell left from right. In fact, owing to spin-orbit, the spin will point along a different axis depending on the propagation direction. If an additional in-plane magnetic field is applied transverse to the current direction, its coupling with the spins will finally break the symmetry between the two current polarities.

How does a superconducting diode work?

At small currents, even if electrons can distinguish left from right, they will display zero resistance in both directions. However, if the current is increased up to a certain value, the device switches to the dissipative state with finite resistance. Having broken the symmetry between left and right makes the critical values for right-moving and left moving current different. The use the diode one simply need to apply a current value in between the two critical currents. The resistance will be zero only for a certain current polarity. Since it is the external magnetic field that tells electrons what is left and right, switching its sign means switching left and right. Results, the resistance switches from zero to a finite value by simply switching the magnetic field sign.

What did the UR research team find out?

To study the details of the mechanism producing the superconducting diode effect, researchers have found a way to study the apparently featureless and boring state of low current, when the resistance is identically zero, no matter which way the current flows. The idea is that, while resistance is strictly zero at low current, the inductance remains finite and it provides a valuable probe of what happens to the supercurrent when the left-to-right symmetry is gradually broken by a magnetic field. Interestingly, the experimental team has found a so-called magneto-chiral anisotropy effect. This effect was found in the past in ordinary metals. When measuring the resistance of a certain class of metals lacking inversion symmetry, one finds that there is a correction term proportional to the product of magnetic field and current. The Regensburg team has found that the same relations holds for a superconducting diode if one substitutes the resistance (which is just zero) with the inductance.

The demonstration of the superconducting diode opens the way to the realization of non-trivial circuit components, which are completely resistance-free. Such components might be the basis for a new generation of electronic circuits that neither waste energy, and nor need to struggle with the waste heat.