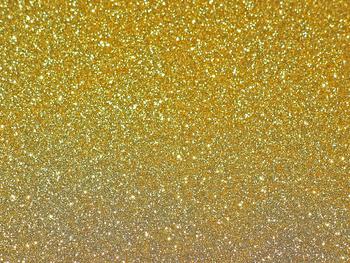 By examining the catalyst using high-powered electron microscopy, it was revealed that the active catalyst did not contain gold atoms or clusters, but rather gold nanoparticles – extremely small particles between 3 to 15 nanometres in size that can exhibit significantly different physical and chemical properties to their larger material counterparts. (symbolic image).

A simple, low-cost method of directly converting natural gas into useful chemicals and fuels, using the precious metal gold as a key ingredient, has been proposed by researchers at Cardiff University in collaboration with researchers in Lehigh University, USA and the National Centre for Magnetic Resonance in Wuhan, China.

Whilst natural gas is one of the greenest fossil fuels, it still emits dangerous greenhouse gases into the atmosphere when burned.

This has, in turn, led researchers to devise novel ways of converting methane, which accounts for 70-90% of natural gas, into more useful products, such as a fuels and chemicals, in a simple, cost-effective and low-carbon manner.

In a study published in Nature Catalysis, the team led by researchers from the Cardiff Catalysis Institute has demonstrated, for the time, the direct conversion of methane into methanol and acetic acid using a gold catalyst.

Up until now, this has only been achieved through indirect routes which include multiple steps that are highly energy consuming and very costly.

To achieve the creation of methanol and acetic acid the team reacted methane with oxygen in the presence of a catalyst made from gold and the zeolite ZSM-5.

By examining the catalyst using high-powered electron microscopy, it was revealed that the active catalyst did not contain gold atoms or clusters, but rather gold nanoparticles – extremely small particles between 3 to 15 nanometres in size that can exhibit significantly different physical and chemical properties to their larger material counterparts.

Methanol, meanwhile, is commonly used as a precursor to many other commodity chemicals, as well as a biofuel.

Despite the well-known inertness of the precious metal gold, pioneering research by scientists at the Cardiff Catalysis Institute has demonstrated that it is, in fact, an extremely efficient and reliable catalyst that can be used effectively in many important industrial processes.

Co-author of the study Professor Graham Hutchings, Regius Professor of Chemistry from the Cardiff Catalysis Institute, said: “The oxidation of methane, the main component of natural gas, to selectively form oxygenated chemical intermediates using molecular oxygen has been a long-standing grand challenge in catalysis.

“We have successfully demonstrated this for the very first time in this study, providing an important first step towards the creation of important fuels and chemicals in a simple and cost-effective way.”