Sales in the first quarter increase by 43.7 percent to EUR 2.432 billion 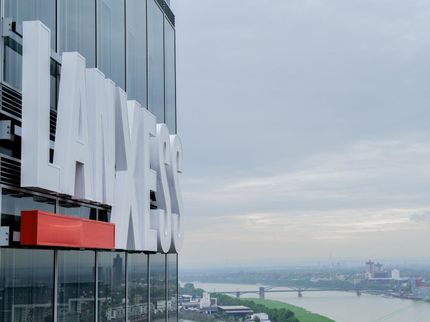 In a challenging environment, specialty chemicals company LANXESS made a strong start to the year 2022. It confirmed the preliminary figures for the first quarter released on April 19. LANXESS is also confident going into the second quarter, in which the Group expects EBITDA pre exceptionals of between EUR 280 million and EUR 350 million. In the prior-year quarter, the company had generated EUR 277 million. For the full year, LANXESS still expects EBITDA pre exceptionals to be significantly higher than in the previous year. However, the guidance does not take into account potential further impacts of the war in Ukraine and the contribution of the acquisition of IFF’s Microbial Control business. The transaction is expected to close in the third quarter.

“With our focus on specialty chemicals, we have built up strong market positions in recent years, which are particularly paying off in the current situation. We can thus pass on higher raw material and energy costs via our selling prices. However, it is impossible to predict the impact of the war in Ukraine on future business performance. We are therefore monitoring the further developments very closely,” said Matthias Zachert, Chairman of the Board of Management of LANXESS AG.

In the first quarter of 2022, EBITDA pre exceptionals increased considerably and amounted to EUR 320 million, 32.2 percent higher than the previous year’s figure of EUR 242 million. All the company’s segments contributed to the growth, with the Specialty Additives segment performing particularly well. LANXESS passed on the significantly increased raw material and energy costs via higher selling prices. The successful acquisitions, especially that of Emerald Kalama Chemical, likewise made a positive earnings contribution. The EBITDA margin pre exceptionals came to 13.2 percent, against 14.3 percent a year ago.

Higher raw material and energy costs passed on in all segments

Sales in the Advanced Intermediates segment rose by 35.6 percent from EUR 452 million in the prior-year quarter to EUR 613 million.The sales development was in particular the result of higher selling prices as LANXESS passed on the significantly increased raw material and energy prices. The segment’s EBITDA pre exceptionals amounted to EUR 87 million, up 24.3 percent on the previous year’s figure of EUR 70 million. The EBITDA margin pre exceptionals was 14.2 percent, compared with 15.5 percent in the prior-year quarter.

In the Specialty Additives segment, higher selling prices and generally improved demand resulted in a positive development of sales and EBITDA pre exceptionals. This was due in particular to good demand from the construction, oil and gas industries and the continuing recovery of the aviation industry. The development of exchange rates, especially of the U.S. dollar, likewise had a positive effect. The segment’s sales amounted to EUR 730 million, up 41.2 percent on the previous year’s figure of EUR 517 million. EBITDA pre exceptionals increased by a considerable 83.8 percent from EUR 74 million in the previous year to EUR 136 million, reaching the highest figure in the company’s history. The EBITDA margin pre exceptionals increased to 18.6 percent, against 14.3 percent a year ago.

The Consumer Protection segment’s sales and earnings improved compared with the prior-year quarter. The new Flavors & Fragrances business unit made a particularly positive contribution here. This unit comprises the business with specialty chemicals for the consumer goods sector from the acquisition of U.S. company Emerald Kalama Chemical. In addition, all the segment’s business units achieved higher selling prices. The development of exchange rates had a positive effect, too. Lower sales volumes due to a generally difficult logistics situation had an opposite effect. Sales amounted to EUR 506 million, up 48.4 percent on the prior-year quarter’s figure of EUR 341 million. EBITDA pre exceptionals grew by 13.2 percent from EUR 76 million in the previous year to EUR 86 million. The EBITDA margin pre exceptionals reached 17.0 percent, against 22.3 percent a year ago.

The development of the Engineering Materials segment’s sales and earnings in the first quarter was influenced by the sharp rise in selling prices, which resulted from the pass-through of increased raw material and energy prices. Sales amounted to EUR 576 million, up 52.8 percent on the previous year’s sales of EUR 377 million. EBITDA pre exceptionals grew by 13.6 percent from EUR 59 million in the previous year to EUR 67 million. The slightly weaker demand from the automotive industry due to supply shortages led to a volume-driven decline in earnings, especially in the High Performance Materials business unit. The EBITDA margin pre exceptionals decreased from 15.6 percent in the previous year to 11.6 percent.