What will solid-state batteries be like in the future?

Solid-state batteries have a lot of potential, but will have to prove their commercial viability in the next five years 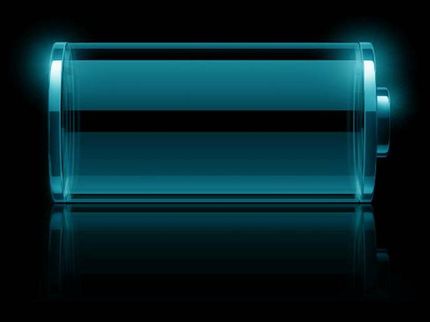 Fraunhofer ISI has developed a roadmap for solid-state batteries covering a wide range of aspects from the individual materials, components and cells through to their utilization. It critically evaluates existing research as well as the latest findings and compares the development potential of solid-state batteries over the next ten years with that of established lithium-ion batteries. The roadmap demonstrates that solid-state batteries have a lot of potential, but will have to prove their commercial viability in the next five years.

Current lithium-ion batteries (LIB) are based on liquid electrolytes and are used in many mobile and stationary applications. However, their optimization potential is diminishing as technology advances - it is expected that this technology will slowly reach its limits in the coming decade. Solid-state batteries (SSBs) using solid electrolytes, which are under development and could reach the market in the coming years, offer the promise of improving several important key performance indicators (KPIs). The entire battery sector could benefit from this and from the continued development of LIB technology, which will remain dominant for the next few years.

Based on a comprehensive literature review and an in-depth expert consultation process, battery specialists at Fraunhofer ISI have developed a roadmap in which the three most promising solid electrolyte variants - oxide electrolytes, sulfide electrolytes and polymer electrolytes - are examined in more detail and compared with the anticipated developments in lithium-ion batteries.

The results show that solid-state batteries (SSBs) will have to demonstrate significant performance improvements relative to state-of-the-art liquid electrolyte LIBs in order to obtain any relevant share of the market. In this context, important key performance indicators are energy density, safety, lifetime, cost and fast-charging capability. Solid-state batteries have the potential to outperform conventional LIBs in terms of energy density, especially since they allow the use of Li-metal anodes. In addition, they are considered to have a high safety level, even at the cell level, because they don't contain flammable liquids. Their lifetime could even exceed that of liquid electrolyte LIBs, although technical challenges, such as volume changes during charging or discharging, still need to be overcome to achieve this. At the beginning of their introduction to the market, the cost of solid-state batteries is likely to be significantly higher than that of current LIBs, in part due to lower production volumes. The fast-charging capability of solid-state batteries is currently limited by the generally low ionic conductivity of the solid electrolytes, but their design could be adapted specifically for this purpose. It should be noted, however, that improving one KPI often comes at the expense of another, and batteries could be tailored accordingly to meet specific requirements and uses.

The automotive sector offers the greatest overall potential for solid-state batteries and is likely in the medium to long term to become their main application sector. Solid-state batteries based on sulfide electrolytes could initially be used in the consumer sector in laptops, smartphones or power tools, as the requirements and test procedures are less stringent here. From about 2028 the automotive sector is likely to be the first area of use for solid oxide batteries. In view of higher initial costs, it is most likely that solid-state batteries will be used initially in high-end market sectors. Cost reductions through scaling effects could make it possible to open up this technology for other areas of use, such as in trucks and stationary storage in the long term or in passenger aviation after 2035.

For the time being, the predicted future market share remains modest

In terms of expected market developments, solid-state battery production, which is currently below 2 GWh globally and based on polymer SSB, is anticipated to increase significantly between 2025 and 2030 - when oxide and sulfide electrolyte-based solid-state batteries reach the market. Production capacity is estimated to be between 15 and 55 GWh in 2030 and between 40 and 120 GWh in 2035, or roughly one to two percent of the LIB market that will have emerged by then. This means liquid electrolyte LIBs are set to dominate the market for the foreseeable future.

In addition to assessing the areas of use and market developments, the roadmap also makes clear which hurdles solid-state batteries will have to overcome in the future in order to achieve market penetration. Dr. Thomas Schmaltz, who coordinated the research work on the roadmap at Fraunhofer ISI, identifies three central challenges:

"First, it is not yet foreseeable which solid-state battery concept will ultimately provide the best performance, this will mean that the different approaches will have to be developed in parallel, which will in turn require greater investment. Second, solid-state batteries will be in constant competition with liquid electrolyte lithium-ion batteries and will have to deliver significant performance improvements due to their initial higher cost, which suggests that the first uses will be more likely to be in the premium sector. Third, there is a need for significant private and public funding that goes beyond mere research funding in order to close the gap between European players and Asian and U.S. players in patenting, product development, production technologies, pilot production, and start-up and industrial activities - if this is successful, Europe will be able to play a leading role in the development of solid-state battery technologies in the future."