Iodine, bromine and chlorine transferred from the ocean have increased the lifetime and greenhouse effect of this gas by 6% to 9% over the century. 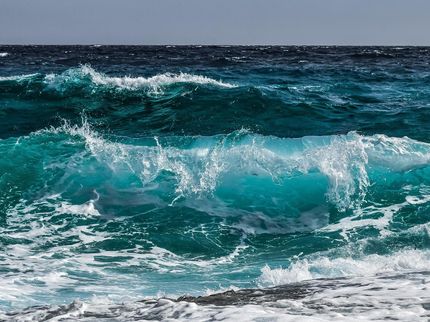 Ocean halogens are produced by biological activity and photochemical reactions at the ocean surface, from where they are transferred to the atmosphere.

An international team, led by researchers from the Spanish National Research Council (CSIC), has performed climate-related chemistry simulations to assess the impact of oceanic emissions of halogenated compounds (iodine, bromine and chlorine) on methane in the atmosphere, the second most important contributor to global warming after carbon dioxide (CO2). The results, published in Nature Communications, reveal that the emission of these compounds over the century has increased the lifetime and greenhouse effect of methane by 6% to 9%.

Methane is the most abundant reactive greenhouse gas. However, unlike CO2, it does have an active chemistry in the atmosphere. Current climate models underestimate the lifetime of methane, thereby indicating that there are still uncertainties in its emission and removal processes from the atmosphere.

"This work highlights the importance of considering the chemical complexity of our atmosphere when forecasting the effect of methane on global warming in future climate scenarios," explains CSIC researcher and coordinator of this study Alfonso Saiz López, from the Instituto de Química Física Rocasolano (IQFR-CSIC),

"This work evaluates for the first time the effect of halogen chemistry on atmospheric methane over this century, for two different climate scenarios. The analysis of the results shows that the increase in methane persistence in the atmosphere when halogens are included is significant and similar in both climate scenarios," says Saiz-López.

Qinyi Li, researcher at IQFR-CSIC and first author of the paper, emphasizes: "Our results indicate that the chemistry of halogenated compounds emitted from the oceans, and so far not considered in climate models, should be incorporated in future climate simulations assessing the influence of methane on global warming during this century".