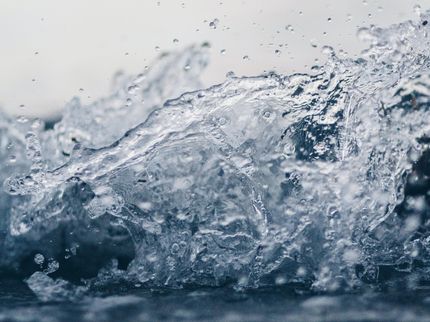 The next step for the AQUACHIRAL project is to study molecules in the environment in which they occur in living organisms, e.g., in water.

Sugars, amino acids, drugs - chiral molecules are everywhere. Researchers in the AQUACHIRAL project at the Fritz-Haber-Institut have used X-rays to study hair-thin liquid jets of these molecules. Using a new method, they can now for the first time distinguish their components in liquid form – and more effectively than ever before.

Chiral molecules occur very frequently in nature. Sugar, for example, consists of chiral molecules, as do many amino acids; our bodies are also made up of these building blocks. Chirality means that such molecules occur chemically in two forms whose geometric structures behave like image and mirror image. They have the same mass and the same components, but they are not identical. If one form is mirrored, it fits exactly on the other, but simply placed on top of each other, the two forms do not fit.

Despite this symmetry, they have very different properties. Take, for example, the chiral molecule carvone: one form smells like mint, the other like caraway. That is particularly important in the manufacturing of pharmaceuticals, because seven of the ten most common drugs contain chiral molecules. However, usually only one of the two forms has the desired effect, while the other is just dead weight and potentially compromises the drug's effectiveness. Thus, to produce efficient and safe drugs, it is important to identify and use the correct form.

However, due to their similarity, it is not always easy to distinguish between the two. Regarding biological processes, it is particularly important to be able to make such distinctions in aqueous environments, as the latter can affect chemical reactivity. Researchers of the AQUACHIRAL project at the Fritz-Haber-Institut (FHI) have now found a way to accomplish this by exploiting X-rays provided by a synchrotron particle accelerator. For the experiment, liquid fenchone was examined, which occurs in fennel-based oils and other essential oils. The researchers generated a very fine liquid fenchone jet – the diameter of a hair – and irradiated it with soft X-rays at the Deutsche Elektronen-Synchrotron (DESY) in Hamburg. “X-rays are high-energy photons”, explains Dr. Bernd Winter who leads the AQUACHIRAL project funded by the European Research Council. “When such photons hit the liquid jet, electrons are emitted that carry information about the molecular form that exists in the liquid.”

What is new about this method is the type of radiation used. It adapts to the 'handedness' of the chiral molecules, i.e. the different forms (it is called 'handedness' because human hands are the prototype for this symmetry). The two ‘handed’ forms can best be identified by using circular X-rays, which are also 'handed'. "In a sense, there are left-handed and right-handed molecules," says Uwe Hergenhahn, a research associate at the Fritz-Haber-Institut's Molecular Physics Department, "and we then irradiate them with X-rays that also turn right or left, like a screw." From the flight angles of the electrons that are created in this way, one can deduce the handedness of the molecule. "This type of circular X-ray light, which goes back to Louis Pasteur and others, had been known for some time. But the PETRA III synchrotron creates even stronger radiation with much more accurate results than ever before," explains Florian Trinter, PostDoc at FHI and associated Beamline Scientist at beamline P04 of DESY in Hamburg.

This method is an important step for better analyses of biological and organic chiral molecules, which in the future may also provide more reliable results in biochemistry and pharmacy. Now that it has become possible to perform these experiments on liquids, the AQUACHIRAL project team would next like to study molecules in the environment in which they occur in living organisms, e.g., in water.