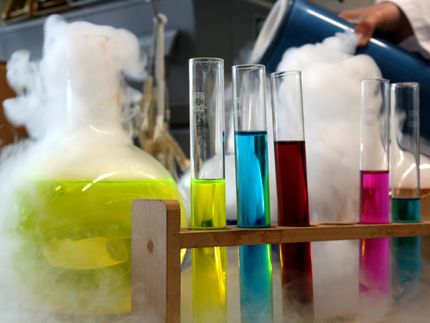 “Finding something so novel that it might be included in textbooks as fundamental knowledge is every scientist’s dream,” says Prof. Dr. Jan Paradies, a professor at Paderborn University. Paradies, a chemist, recently discovered a previously unprecedented reaction in which an entire molecular fragment migrates to another location in the particle. “Such rearrangements are extremely rare, but they are invaluable because they only move via a very specific pathway and yield only a single product. In the future, for example, this will make it possible to simply and efficiently produce bioactive substances, such as health-promoting, beneficial ingredients in food,” explains Paradies.

Chemistry deals with the transformation of matter, specifically the transformation of one molecule into another. “The fundamentals of the reactions involved here were already established in the 18th and 19th centuries, so it is not every day that you find something new in this regard,” Paradies says. But that is exactly what Paradies and his team at the Center for Sustainable Systems Design (CSSD) at Paderborn University have now succeeded in achieving. Specifically, this comprises the precise shift of a large, nitrogen atom-bound organic fragment to a far side in the molecular scaffold. It migrates five carbon atoms further and forms a new carbon-carbon bond there. Rearrangement reactions such as this are one of the most useful tools for the construction of organic scaffolds.

Paradies explains: “We have discovered a new rearrangement of transient ammonium enolates. These are intermediates used in the functionalization of carboxylic acid derivatives, for example. In contrast to other electrophilic rearrangements, the enolates are generated through an intramolecular reaction. Electrophilic rearrangements are chemical reactions in which atoms in the same molecule are rearranged. This ultimately creates a new chemical compound. The momentum behind the reaction is the formation of a product that is energetically more beneficial in contrast to the starting material. Visualize it like this: Although you are comfortable on the couch, moving to the bed creates a much more comfortable state. That is not only what we want, but what nature wants as well.”