More Than Superfood: Duckweed is not only rich in nutrients, it also stores rare earths to a particularly high degree

Researchers at Jacobs University Study Use of Duckweed 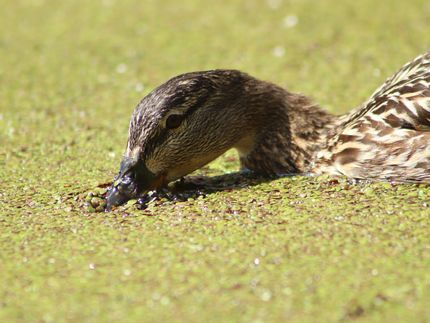 In Asia, duckweed has been used as a food for a long time. The research group CritMET: Critical Metals for Enabling Technologies at Jacobs University Bremen recently discovered that duckweed is not only rich in nutrients, it also stores rare earths to a particularly high degree.

Anna-Lena Zocher and the CritMET research group led by Professor Michael Bau recently published their results in the journal Science of the Total Environment. "When duckweed takes up rare earths from water, trace elements follow the element manganese and not the element calcium, as they usually do. This indicates a very different uptake mechanism in the plant," said Zocher, who is working on the topic as part of her doctoral thesis.

Some terrestrial plants and fungi are known to accumulate certain trace elements, in extreme cases this is called “hyperaccumulation”. “Our surprising research result thus not only has a purely scientific value for basic research but also opens up potential applications. As hyperaccumulators of rare earths, duckweed could, for example, be used in the vicinity of mining dumps to clean contaminated mining waters,” Bau said.

Duckweed is not only considered an important animal feed, but is also being discussed as a future "superfood" for human nutrition by experts. It contains about seven times as much protein as soy and is rich in omega-3 fatty acids – therefore, it is also called “eggs of water” in Thailand. Another positive aspect: as an aquatic plant it does not occupy valuable farmland.

There is no risk of pollutants entering the food chain via the rare earths – such as the element gadolinium, which is also used in MRI contrast media. Although the contrast agents now occur as micropollutants in rivers, groundwater and tap water worldwide, they do not enter duckweed. The aquatic plants, the CritMET group found, apparently are picky – they take up the natural rare earths but leave the contrast agent gadolinium in the water.