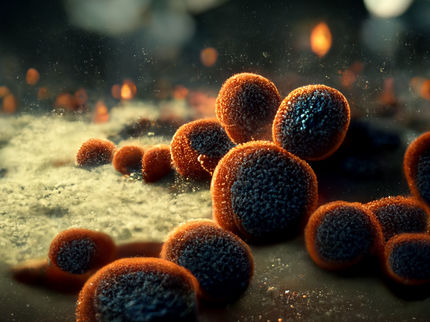 Methane is a potent greenhouse gas that is 25 times more damaging to the environment per molecule than carbon dioxide, according to the U.S. Environmental Protection Agency. Bacteria at the bottom of the sea can remove methane from their surroundings, entirely without oxygen, through a process called anaerobic methane oxidation (AMO). Researchers at Penn State and the University of Arizona will use a four-year, $3.2 million grant from the National Science Foundation (NSF) to engineer biotechnology foundations that employ a synthetic version of these bacteria in a system for capturing and converting methane at its source.

Thomas Wood, professor of chemical engineering in the Penn State College of Engineering, and Ingmar H. Riedel-Kruse, associate professor of molecular and cellular biology and biomedical engineering at the University of Arizona, have joined forces to create scalable biological reactors that harness methane before it can escape to the atmosphere as a harmful greenhouse gas. Wood’s lab cloned the enzyme of the methane-capturing microbes found at the bottom of the sea. The enzyme will be used in bioreactors that build on previous successes by Riedel-Kruse in engineering synthetic consortia.

“These bacteria that capture methane are anaerobes,” Wood said. “Although they grow very slowly — doubling only every 100 years — they capture methane gas pretty efficiently. We cannot culture them by themselves in the lab, but we have been able to clone their DNA.”

The primary goal of this project, according to Wood, is to add the engineered bacteria to reactors that are practical and economical enough that methane can be a resource instead of a pollutant.

“These small, remote bioreactors will be used to capture methane at its source — fracking sites, landfills and wastewater treatment plants— and immediately convert it into electricity or valuable building-block chemicals that can be used in other compounds, such as alcohols, plastics and things that fuel our cars,” Wood said.  The anaerobic nature of the bacteria is key. To replicate the fermentation of the methane by these bacteria, researchers must create an anaerobic region where there is no oxygen. They will use a biofilm — slime — to control where the bacteria are in the reactor in terms of their spatial arrangement.

“The modular, easily scalable bioreactors present a practical process that can be operated in many different places,” Wood said. “It will be far more efficient and distributable and significantly less expensive than current approaches that capture and convert methane. We don’t yet know what the process might look like at a fracking site, but at the municipal level, it’s easy to see where we go next: fixed-biofilm reactors.”

Established refineries, like those used by the fracking industry, convert methane into gasoline-type compounds but cost tens of billions of dollars to build. Getting the methane to these refineries from remote sites is inefficient, losing up to 20% of methane to the atmosphere during transport from source to refinery, according to Wood.

“We want to stop releasing methane and start harnessing it and do so in lieu of burning it,” Wood said. “Our simple, biological reactors operate in place and at room temperature. You don’t have to spend $20 billion and expend tremendous amounts of energy to be able to capture methane and convert it into something useful.”

The researchers have assembled an interdisciplinary team with expertise in synthetic biology, chemical engineering bioreactor design and social sciences as well as potential future users to implement the new technology. The bioreactors will be tested at relevant field sites, beginning with wastewater treatment facilities.

In addition to developing a new approach for converting methane into chemicals, the researchers will also study how the technology can be disseminated in a socially and environmentally responsible manner, according to Riedel-Kruse. The NSF increased the award by $300,000 for the researchers to augment their educational component.

This outreach component will train high school science teachers to develop and distribute innovative educational activities that help students learn about microbiology and help them implement the technologies developed from this grant. The initial focus will target underrepresented groups, particularly the Native American communities located near the University of Arizona, with subsequent plans to extend the training nationwide.