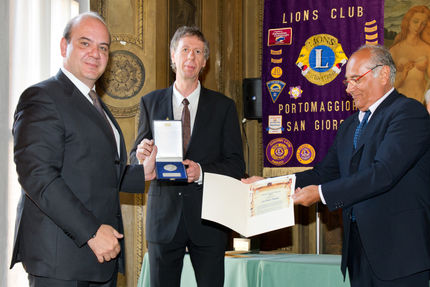 Dr. Peter Denifl, the mastermind behind Borealis’ new polyolefin catalyst technology, Sirius, has been awarded the Giulio Natta Award for 2012.

The accolade recognises the significant contribution of Peter Denifl’s scientific activity in catalyst development, in the field of polypropylene products which contribute to enhancing quality of life. The Sirius technology platform has been quoted as the biggest change in industrial polyolefin catalyst technology since the development of high yield Ziegler Natta (ZN) catalysts several decades ago. It has raised considerable interest in the global polyolefin community because of its ability to improve control of the active site distribution in ZN polymerization catalysts in a single-step process, resulting in better regulation of polymerisation reactions.

The Giulio Natta Prize 2012 was announced by the “G. Natta and N. Copernico” Promoting Committee at its 10th anniversary award ceremony on May 19, 2012 in Ferrara, Italy. The G. Natta award was introduced in 2003 to celebrate the scientific achievements of Prof. Giulio Natta, recipient of the Nobel Prize in Chemistry (1963) for the discovery of Polypropylene.p.