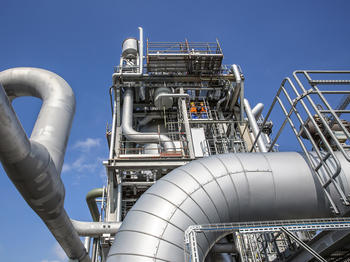 BASF officially inaugurated the new TDI (toluene diisocyanate) plant at its Ludwigshafen site. The plant has an annual capacity of 300,000 metric tons of TDI. The total investment, including precursors, is over €1 billion. This is the largest investment ever made at the site and will create around 200 new jobs.

The TDI complex comprises plant components that produce DNT (dinitrotoluene), TDA (toluylendiamine) and TDI (toluene diisocyanate). Furthermore, the project involved the updating and expansion of production facilities for key precursors in the Verbund. In addition, BASF made investments in the infrastructure that supplies steam, electricity and water.

BASF operates TDI plants in Yeosu, South Korea; Caojing, China; and Geismar, Louisiana, which have a combined capacity of 480,000 metric tons. The plant in Schwarzheide, Germany, will gradually be taken out of operation once the plant in Ludwigshafen starts up.