BASF starts up supercomputer in Ludwigshafen 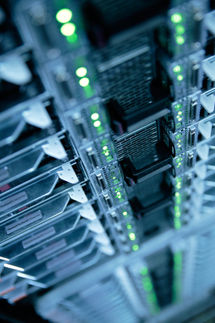 BASF’s supercomputer has been put into operation in Ludwigshafen.

BASF’s supercomputer has been put into operation and is running at full capacity. The first calculations have already been started. “This marks an important step towards the digitalization of research. We are now able to offer our researchers computing power, like no other company in the chemical industry,” said Dr. Martin Brudermüller, Vice Chairman of the Board of Executive Directors and Chief Technology Officer of BASF. The supercomputer, which is located at the company’s headquarters in Ludwigshafen, enables processing of a greater number and more complex simulations and modeling in shorter periods of time while creating more space for creativity. “These are critical success factors in global competition,” emphasized Brudermüller.

Only roughly one year from planning to start-up

With a computing power of 1.75 petaflops (1 petaflop equals one quadrillion floating point operations per second), the new computer, called “Quriosity” following an online naming contest among employees, offers around 10 times the overall computing power previously available to BASF researchers. In the ranking of the 500 largest computing systems in the world, BASF’s supercomputer is currently number 65. It took roughly one year from initial internal planning meetings to start-up. “That is very, very fast,” stressed Dr. Stephan Schenk, Project Leader.

Installing the supercomputer in Ludwigshafen involved reinforcing the floor in the server room, laying more than 1,000 network cables with a total length of 15 km as well as adding a separate water-cooling system, which can cool the supercomputer with 60,000 liters of water per hour. At full capacity, the supercomputer has an electricity consumption of roughly 600 kilowatts, generating significant waste heat in the process.

Besides getting the right infrastructure, it was also a matter of integrating the supercomputer into BASF’s IT structure. “This would not have been possible without the help of a highly-dedicated team from different units of BASF,” stated Schenk.

Now it is about using the new possibilities to create value. “There is a queue of projects where the new computer is to be used,” reported Schenk. “The challenge is to orchestrate the many projects and various computer programs to make the most of Quriosity’s capacity. It’s a bit like playing Tetris.”

Tasks requiring significant computing power, such as simulations of industrial catalysts, crop protection products, and materials, are among the first computational tasks being run. With catalysts, it is especially important to increase their efficiency and hence sustainability by decreasing raw material input and generating less waste. It is also critical that crop protection products work more efficiently, and in a more targeted manner, to better meet current and future requirements. For the modeling of materials and systems, such as foams and formulations, the increased computing performance enables more precise predictions regarding functionality and properties.

“Until now, we could only change a few parameters in simulations and had to wait for the results. With the supercomputer, far more complex models are possible allowing the variation of significantly more parameters,” explained Schenk. This could result in substantially reduced development times and the recognition and exploitation of previously unknown relationships, encouraging completely new research approaches.