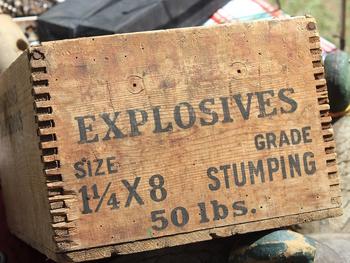 Policymakers' efforts to reduce threats from improvised explosive devices (IEDs) should include greater oversight of precursor chemicals sold at the retail level - especially over the Internet - that terrorists, violent extremists, or criminals use to make homemade explosives, says a new report from the National Academies of Sciences, Engineering, and Medicine. While retail sales of these precursor chemicals present a substantial vulnerability, they have not been a major focus of federal regulations so far.

"The bombings of the Murrah Federal Building in Oklahoma City and the World Trade Center in New York City in the 1990s and those over the past few years in Paris, Brussels, and Manchester, in New York and New Jersey, and in many other communities around the world starkly demonstrate the long lived and persistent threat posed by IEDs," said Victoria Greenfield, chair of the committee that wrote the report, and a visiting scholar in the department of criminology, law and society at George Mason University. "The report stresses the importance of engaging in an ongoing deliberative process to reduce this threat."

The report, which was requested by the U.S. Department of Homeland Security, identifies, lists, and prioritizes precursor chemicals that can be used to make homemade explosives, using criteria on utility and use to separate them into Groups A, B, and C. The 10 chemicals in Group A constitute the greatest current threat and should be the highest priority for policymakers' attention, the report says.

Precursor chemicals enter the supply chain as imports or through manufacturing and make their way to industrial, agricultural, and other end users. Industry tracks the movement of chemicals through much of the supply chain, but visibility and oversight appear to diminish as chemicals approach the end of the line. Data suggest that a terrorist can acquire enough precursor chemicals to manufacture homemade explosives through legal purchases from retail outlets. While the Oklahoma and New York City bombings employed thousands of pounds of precursor chemicals, many contemporary incidents have involved much smaller quantities that are readily available to consumers.

Conscious of the need to address this vulnerability yet minimize the burden on legitimate commerce, the committee assessed four general types of control strategy, directed at a subset of retail sales to noncommercial end-users, that is, the general public. Each strategy could include different combinations of mandatory and voluntary policy mechanisms, but three would feature a new control--a ban, a licensing requirement, or a registry for non-commercial purchases--and one would augment existing controls with increases in related outreach, training, and reporting.

Of the four types of strategy, none emerged as the best choice during the committee's deliberations on security, economic, and other trade-offs, the report says, noting that the committee lacked the time, resources, and directive from DHS to do an in-depth analysis of these policy options and that such an endeavor would require greater specificity about the terms of proposed actions. The report calls on DHS to use the committee's assessment as a starting point for engaging in a more comprehensive, detailed, and rigorous analysis of specific provisions for mandatory and voluntary policy mechanisms.

In examining possible policy options, policymakers and private-sector entities should consider strategies that would address multiple chemicals, rather than just a single chemical, the report says. Historically, terrorists' have modified their tactics by using alternative chemicals in response to single-chemical controls. The federal government also should provide more support for voluntary measures and programs that can help restrict access. Regardless of the path chosen, the report calls for re-evaluating priorities among chemicals and re-visiting policy responses regularly, in light of changing threats.

In addition, federal, state, local, and private-sector entities should explore strategies for harmonizing oversight of the sale and use of commercially available exploding target kits that are designed to produce homemade explosives, the report says. Some states have implemented rules independently, but no federal agency has explicit authority from Congress to oversee the sale of these kits.

The committee also identified opportunities for future research, including work to identify chemicals that could replace precursor chemicals in commercial products and to better understand how terrorists might respond to possible controls.