The Chemistry of Honey 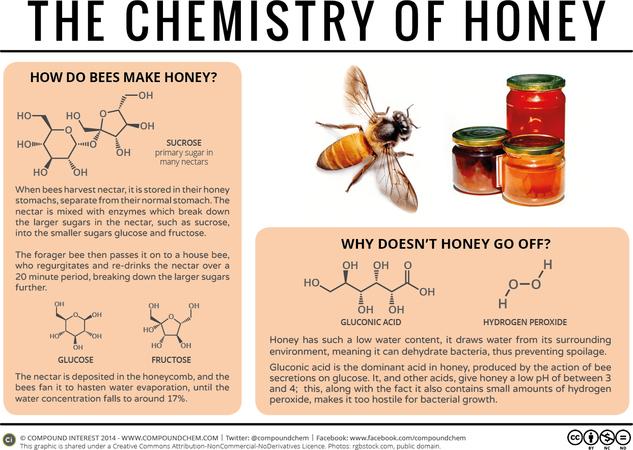 Honey is something of an oddity, in that, unlike most foods, it doesn’t spoil over time. In fact, the oldest known sample of honey, found in an Ancient Egyptian tomb and dated to approximately 3000 years ago, was still perfectly edible (supposedly*). What is it, then, that gives honey this unusual property?

*Edit: As has been noted in the comments, though this is an oft-cited tale, the thing it often lacks is an actual citation. It certainly seems plausible, and honey can definitely last a very long time, but unless someone’s able to turf up the origin of this claim, we’re going to have to add in that ‘supposedly’.