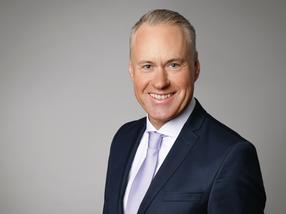 Merck announced that Dirk Toepfer will join the Group as the new Chief Information Officer (CIO) on March 1. Toepfer will report to Udit Batra, CEO Life Science and Member of the Executive Board with responsibility for the Group function Business Technology, among other things. Dirk Toepfer succeeds Jim Stewart, who now heads Merck Business Services (MBS), the function responsible for the Group’s shared service centers.

“We are pleased to have Dirk Toepfer joining us as an internationally experienced IT executive with more than 15 years in senior management positions and strong commercial acumen,” said Batra. “He has a proven track record in successfully managing large-scale IT transformation initiatives, as well as building cost-effective international IT organizations.”

Toepfer studied physics, also at Dortmund University, where he earned a doctorate while working at DESY (Deutsche Elektronen-Synchrotron) institute in Hamburg. He began his professional career as project manager at Bertelsmann mediaSystems, where he was lastly responsible for Bertelsmann's global IT infrastructure. From there, he joined Metro Group in 2002 as Managing Director and later as the CEO of the IT service company Metro Systems, consolidating international IT systems and restructuring the organization by establishing major offshore capabilities.