Is it time to abandon the Nobel Prize? 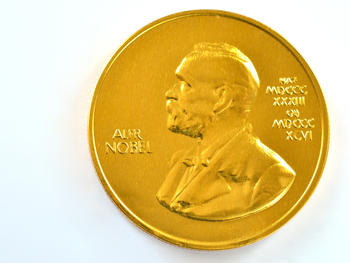 Fiala and Diamandis argue that it is time to abandon the Nobel Prize in favor of alternative recognitions which encompass the collaborative nature of modern science.

Is the Nobel Prize a major influential factor in scientific progress? The authors believe it is not. Nobel laureates are recognized for work done 10, 20 or even 30 years ago, the impact of their research was unknown. Consequently, the work would have been done anyway.

Winning a Nobel Prize is not the same as receiving any other award, and the sole beneficiary is the winner. Nobel laureates become instant celebrities, universally perceived as extremely smart and extraordinarily creative. They are treated with the utmost respect and offered positions on prestigious boards in industry and government. Finaly, they secure full-page obituaries in both Nature and Science.

While many Nobel laureates use their prestige to influence science policy and other high-level activities, it is questionable how big this impact really is. On numerous occasions, Nobel laureates have sailed in the wrong direction, by undertaking work in fields outside of their Nobel Prize-winning specialty. For example, Linus Pauling, winner of the Nobel Prize for Chemistry in 1954, began proclaiming the cancer-curing benefits of mega doses of vitamin C near the end of his career. Not only did this erroneous conclusion fail to help patients, it also wasted years of research effort used to discredit this theory.

The Nobel Prize rewards discoveries with a major impact on society, such as a new therapy, diagnostic procedure, methodology etc. However the reality is all these discoveries were going to be made anyway, probably with a one to ten year delay. Scientists are obsessed by being the first to discover something, but in most cases their discoveries, or improved versions, are destined to also be made by others. Moreover, discoveries are frequently made simultaneously in several laboratories.

The authors' commentary was inspired by the current discussion about the CRISPR technology which was up for a Nobel Prize last year. One highly influential scientist published a perspective in 2016 describing "the heroes of CRISPR". This was taken by many as a preemptive strike, aiming to influence the Nobel committee since one of the co-discoverers comes from his institution. In what appeared to be a response, another co-discoverer, wrote a book with her own version of the events. This Nobel Prize-prompted squabbling is not in line with scientific ethos, which is supposed to promote collegiality and collaboration.

Who will eventually win the Nobel Prize for the discovery of the CRISPR technology or for other breakthroughs? It doesn't really matter. Fiala and Diamandis suggest to the co-discoverers, and all other Nobel Prize-worthy discoverers, they should not argue so much on who did what but humbly acknowledge the contributions of others who have supported the progress of science.

The authors conclude that it is probably better to abandon this highly prestigious award in favor of an alternative reward system which promotes collegiality, collaboration and humbleness.