Association of the Dutch Chemical Industry from now on 'Royal' 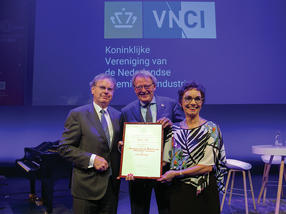 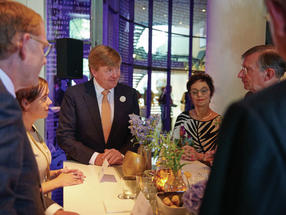 King Willem-Alexander in conversation with representatives from the chemical industry during celebration 100 years of VNCI.

During the anniversary celebration to mark the 100th anniversary of the Association of the Dutch Chemical Industry in The Hague, the VNCI was awarded the predicate 'Royal ('Koninklijk)'. VNCI chairman Bernard Wientjes and director Colette Alma received the designation from the King's Commissioner for South Holland, Jaap Smit.

Director Colette Alma: "We are honoured that His Majesty the King has decided that the VNCI may conduct the predicate 'Royal'. It is a recognition of the hard work that the board members and employees have done now and over the past 100 years. It will be with pride that we will be using the title of Royal".