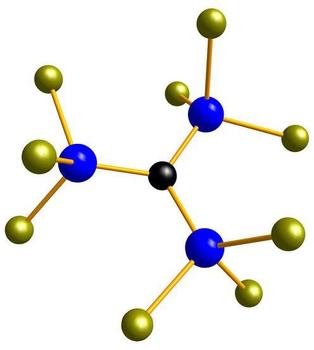 One of the silicon building blocks that permits to design silicones for a variety of applications. 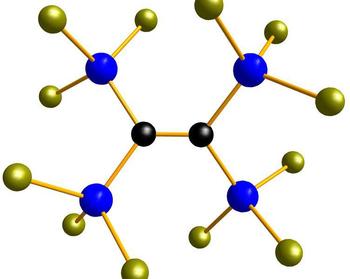 One of the silicon building blocks that permits to design silicones for a variety of applications.

The broad spectrum of applications for silicones ranges from medical implants and cosmetics to hydraulic oils and sealants to corrosion protection – an important topic in view of global corrosion damage to the tune of about US$ 3.3 trillion per year. To optimize silicon-based synthetic materials for specific applications, made-to-measure chlorosilane building blocks are required in order to produce and crosslink the long-chain polymers. This influences, for example, the material’s viscosity and flow properties. Completely new challenges are emerging in the area of 3D printing, with the aid of which products such as individualized running shoes can be manufactured.

Since 1940, the Müller-Rochow Direct Process has formed the backbone of the silicone industry. In this process, elementary silicon is converted with methyl chloride into methylchlorosilanes at high temperatures and pressures in the presence of a copper catalyst. The working group led by Professor Matthias Wagner at the Institute of Inorganic and Analytical Chemistry of Goethe University Frankfurt has now developed a complementary process that has several advantages over the Direct Process: It uses hexachlorodisilane and chlorinated hydrocarbons as starting materials. “Hexachlorodisilane is already mass-produced for the semiconductor industry and the perchloroethylene (PER) we use particularly frequently is a non-flammable liquid which is so inexpensive that it’s used worldwide as a solvent for dry cleaning,” says Matthias Wagner. In addition, the process runs at room temperature and under normal pressure. To activate it, just a small concentration of chloride ions is needed in place of a catalyst.

“Our process produces highly functionalized organochlorosilanes that are ideal crosslinkers. In addition, their special structure offers excellent possibilities to adjust the mechanical flexibility of the silicon chains as desired,” explains co-inventor Isabelle Georg, whose doctoral dissertation is being sponsored by the Evonik Foundation. Julian Teichmann was also involved in the project. He confirms that above all the close collaboration between Goethe University and Evonik had a tremendous influence on his training: “Regular discussion of our results with Evonik’s industrial chemists opened my eyes from the beginning to economic constraints and ecological requirements. It was fascinating to follow the path from our discoveries in the lab via the patenting procedures to realization on a technical scale in practice.”

The chemists in Frankfurt believe that their monomers’ special potential lies in the fact that they contain not only silicon-chlorine bonds but also carbon-carbon multiple bonds. The purpose of the former is to construct the inorganic silicon-oxygen chains; the latter can be linked to form organic polymers. This unique combination permits new routes to inorganic-organic hybrid materials.