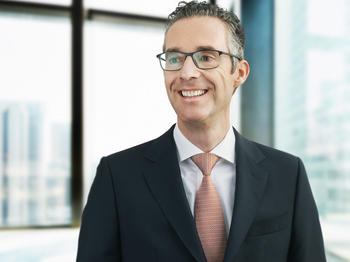 Personnel change at specialty chemicals company LANXESS: Michael Zobel (50), currently head of the High Performance Materials (HPM) business unit, will take over the management of LANXESS subsidiary Saltigo from Torsten Derr (50) on June 1, 2020. Saltigo is one of the leading suppliers in the field of custom manufacturing for customers in the agrochemical, pharmaceutical and specialty chemicals industries. Torsten Derr will leave LANXESS on June 30, 2020, to take up the position of Chairman of the Board of Management of SGL Carbon SE.

“Torsten Derr has had a very successful time at LANXESS and has achieved a great deal, particularly at Saltigo in recent years. I would like to thank him for his work and wish him all the best for his new task. I congratulate him very much on his new position,” said LANXESS CEO Matthias Zachert. Torsten Derr has headed Saltigo since April 2016 and previously held various positions at Bayer and LANXESS since 1998.

“We are delighted to have won Michael Zobel, an experienced manager from our own ranks, to head Saltigo. Over the past ten years, he has strategically realigned our high-tech plastics business and made it fit for the future. I wish him every success in his new role,” said Zachert. Michael Zobel has been head of the LANXESS High Performance Materials business unit since October 2010. Its portfolio comprises mainly high-tech plastics for the automotive and electrical industries. Prior to this, he held various positions at Bayer and LANXESS since 1997.

The name of Michael Zobel’s successor as head of the HPM business unit will be announced at a later date.