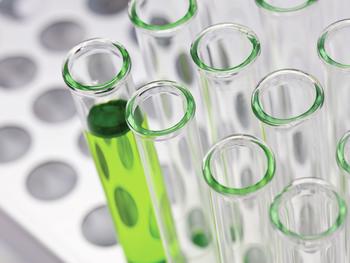 Photo by Bill Oxford on Unsplash 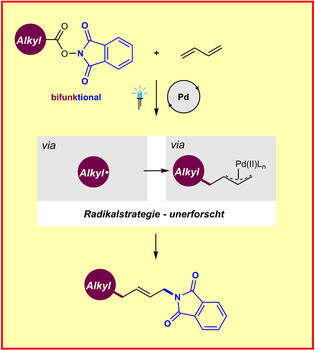 In the production of compounds, chemists have the fundamental goal of finding strategies that are most selective and avoid waste products. Breakthroughs in this area serve, among other things, to drive industrial innovation and drug development. In this context, allylic substitution reactions using catalysts made of so-called transition metals have already led to significant advances in science. The catalysts cause that in a molecule a functional group is replaced by another group in allylic position, i.e. in direct proximity to a carbon-carbon double bond.

In particular, the so-called allylic functionalization by means of a catalyst based on the transition metal palladium has become a well-established strategy for constructing carbon-carbon or carbon–heteroatom bonds, and its utility has been demonstrated in natural product synthesis, drug discovery and materials science. Nevertheless, there are still considerable challenges in practice, especially with regard to the sustainability of the substances and their ability to undergo chemical reactions.

Now a team of researchers led by Prof. Frank Glorius from the University of Münster has developed a new approach to allyl functionalization and generated π-allylpalladium complexes using radical chemistry.

Several methods had been developed to generate π-allylpalladium complexes through ionic mechanisms before; however, these methods typically require either prefunctionalized starting materials or stoichiometric oxidants, which naturally limits their scope. “This is the first time to achieve the π-allylpalladium complexes using a radical strategy. We hope that this radical strategy will be quickly adopted by the synthetic community and used as a complementary method to enable a number of other related reactions,” Prof. Frank Glorius states.

This is how the new method functions: A commercially available palladium catalyst is photoexcited by visible light, merging N-hydroxyphthalimide esters derived from inexpensive and abundant aliphatic carboxylic acids and feedstock butadiene, enabling to generate π-allylpalladium complexes. This leads to a so-called 1,4-aminoalkylation of the dienes, which the scientists were able to show across more than 60 examples. Moreover, they could demonstrate the utility of this strategy in radical cascade reactions and in the modification of drugs and natural products.