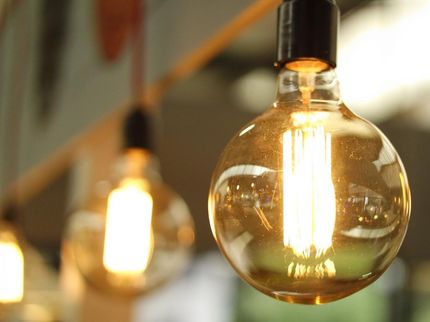 In this post-industrialization age, electricity has become the backbone of our society. However, using fossil fuels to generate it is not the best option because of their limited availability and harmful nature. In the last two decades, significant efforts have been made to develop techniques to foster sustainable energy. Against this backdrop, solid oxide fuel cells (SOFCs) have risen as a clean and highly efficient alternative that can generate electrical energy. However, a major drawback of SOFCs is their high operating temperatures, restricting their widespread usage.

Various previous studies have attempted to overcome this drawback by improving conductivity at high temperatures using fluorite type oxides like CeO2-δ. Normally, these fluorite oxides are available in porous form, and their mechanism of conductivity is believed to be dependent on the surface adsorption of water molecules, which is the process of adhesion of atoms or molecules to a surface.

A team of scientists from Tokyo University of Science, led by Dr Tohru Higuchi, took this research one step forward. In their new study published in Nanoscale Research Letters, the researchers explored the effect of "doping," which is the process of adding impurities to alter their conductivity, on these oxides, which are a very good candidate for SOFCs. Researchers "doped" the oxide with a metal called Samarium (Sm). Then, they deposited thin films of this doped oxide on a substrate of Aluminium oxide (Al2O3) in a specific direction known to enhance the conductivity. Dr Higuchi considers this an advantage, stating, "When considering practical devices, thin film forms are more suitable than porous or nanocrystalline forms."

Then, the research team characterized the crystalline quality and electronic structure of the novel film. They also compared the difference in conductivity between this novel film and thick ceramic oxides commonly used in the industry. Their findings revealed that the ceramic sample exhibited poor crystallinity and had poor proton conductivity compared to the thin film sample.

What's more, the "resistivity"--or the resistance to electrical flow--of the thin film was found to decrease with increasing humidity due to the "proton conduction" in fluorite type oxides, as explained by Grotthuss mechanism. A water molecule consists of two atoms of oxygen and one atom of hydrogen. The molecules of water have bonds between them, called "hydrogen bonds." The Grotthuss mechanism (or the "hop-turn" mechanism) allows the water molecules to be split into ions that increase the conductivity, and hence they move from one hydrogen bond to another. The novel film was found to exhibit surface protonic conduction in the low temperature region below 100°C.

This novel film, with its high conductivity at room temperatures, is sure to have several applications in the future. As far as SOFCs are concerned, Dr Higuchi concludes, "Our study on electrolyte membranes presents radical findings that can help lower the operating temperature of SOFCs, and may be an alternative system for making more practical devices using fluorite type oxides in SOFCs, and open up new avenues for nuclear and thermal power generation in the future."