Your tool for Syntheses, Patents and Applications
11-Jun-2020 - Brenntag AG 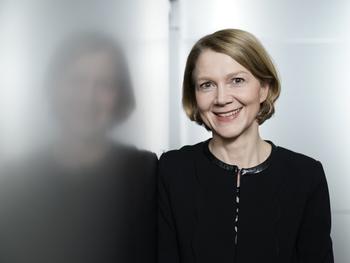 On being elected Supervisory Board Chairperson, Doreen Nowotne stated: “I would like to thank my fellow Board members for the confidence that was shown towards me and look forward to this new challenge. At the same time and on behalf of the entire Supervisory Board, I would like to thank Stefan Zuschke for all that he has done for Brenntag. He supported the Board of Management with prudence and commitment and played a key role in the very successful development of the company, from Brenntag's IPO in 2010 to its current position as global market leader in chemical distribution.”

In addition, shareholders at the General Shareholders’ Meeting resolved to convert Brenntag AG to the legal form SE (Societas Europaea, meaning European company). The corresponding agenda item was passed with 99.87 percent of the voting capital in attendance in favor. Brenntag sees the SE legal form as fitting best with its modern corporate culture. People from more than 100 nations work at Brenntag, around 90 percent outside Germany. The conversion stands for the global outlook and identity of the Brenntag Group. By converting to the SE legal form, the company will be able to continue its targeted growth and the successfully established corporate governance structure in its dualistic management system (Supervisory Board and Board of Management). The conversion will take effect with the entry in the commercial register, which is scheduled for the second half of the year.

The actions of the Board of Management members were ratified by 99.8 percent of the voting capital in attendance and those of the Supervisory Board members by 96.37 percent. The General Shareholders’ Meeting also approved the proposal to pay out a dividend of €1.25 per share.