Chemists find way to create "the building blocks of life" 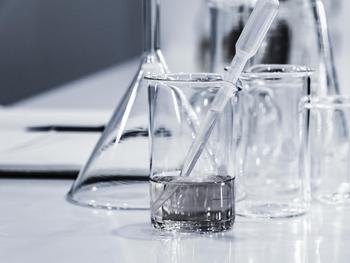 Photo by Hans Reniers on Unsplash

Scientists have found a way to turn alcohol into amino acids, crucial components of many medications.

Chemists have found a way to turn alcohol into amino acids, the building blocks of life. In a study published in the journal Nature Chemistry, researchers explained the transformation, which involves selectively identifying and replacing molecular bonds with unprecedented precision. The finding may make it easier to create some medications by expanding the types of new amino acids that can be made to more quickly build those medicines.

"One of the coolest applications of this research is that we found a new way to make unnatural amino acids - sometimes used in medicines to target diseases while avoiding natural metabolism," said David Nagib, a professor of chemistry at The Ohio State University and senior author of the paper. "And we may be able to use these unnatural amino acids to build new complex molecules that target various diseases."

Amino acids, which make up our proteins, are also sometimes used as building blocks in medicines, but creating new, artificial ones with correct three-dimensional geometry in a laboratory for pharmaceutical purposes can be an expensive and lengthy process. Alcohol, though, is plentiful and cheap.

To transform alcohol into amino acids, researchers played with alcohol at the atomic level. An alcohol molecule is made of three different elements - hydrogen, carbon and oxygen. The researchers found a way to break the bonds between specific carbon and hydrogen atoms to introduce a nitrogen atom, the other most common element found in nature and medicines - a type of laboratory wizardry called "selective C-H functionalization."

"Carbon-hydrogen is the most ubiquitous bond - think of a field of grass in a park. Each piece of grass is a carbon-hydrogen bond, and the challenge of C-H functionalization is how do you pick the exact blade of grass you want to turn into a rose and ignore all the rest?" Nagib said. "How do you be selective about which bond you're transforming?"

Being able to choose the right bond is important. When chemists build new medications, they use molecules carefully assembled in a specific way, to target only a disease and not other biologically important machinery. Think of the molecules in humans, bacteria or viruses as individual locks, and medicines as a key: A good medicine, or key, fits only in the right lock.

"In alcohol, there are pairs of equal carbon-hydrogen bonds, but those bonds are not equal in their spatial arrangement on the molecule," Nagib said. "And now we can grab one of them over the others to make amines with various three-dimensional shapes, which will allow construction of new chemical structures to make drugs that may serve as a better key."