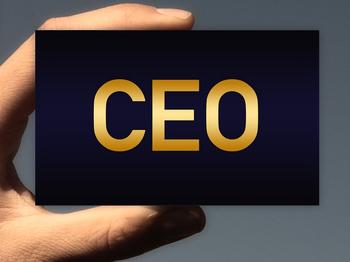 Waters Corporation announced that Udit Batra, Ph.D. has been named the Company’s President and Chief Executive Officer, effective September 1, 2020. He will also join Waters’ Board of Directors at that time. Dr. Batra succeeds Christopher O’Connell who will remain in his current roles as President and Chief Executive Officer, and as a member of the Board until September 1, 2020. As previously announced, Mr. O’Connell will also remain with Waters as an advisor until the end of this year to support the transition.

Dr. Batra brings to Waters more than two decades of leadership and operational expertise in the healthcare and life sciences industry, including a proven track record of driving results at the top of the industry and successfully managing a global organization. Most recently, Dr. Batra served as Chief Executive Officer of the $7.7 billion Life Science business of publicly traded Merck KGaA, Darmstadt, Germany, which operates as MilliporeSigma in the United States and Canada. In this role, he led the business’ successful integration of Sigma-Aldrich, which was acquired in 2015, resulting in the creation of MilliporeSigma. Since that time, Dr. Batra oversaw a strategic transformation of the business and drove above-market organic sales growth and margins, which remain the highest among MilliporeSigma’s integrated peers. Prior to that, Dr. Batra served as President and Chief Executive Officer of the global Consumer Health business of Merck KGaA, Darmstadt, Germany, where he led a turnaround that almost doubled its profitability and achieved organic growth rates in the top tier of the consumer health industry.

“We are pleased to have identified such an accomplished and experienced candidate and are confident that Udit is the right leader to take Waters to the next level,” said Dr. Flemming Ornskov, Chairman of the Board. “His focus on commercial execution and innovation, proven ability to build strong and collaborative cultures and intense commitment to serving customers have translated into tangible results. Building on Waters’ strong foundation, we look forward to the Company’s next phase of innovation and growth with Udit at the helm. We are grateful for the continued hard work and leadership of Chris and the entire Waters team to remain focused on our business, continue our progress and ensure a seamless transition.”

Dr. Batra said, “As a research engineer, I have a deep knowledge of Waters and TA instruments, and I have long admired the Company and its global impact. Waters’ team of world-renowned scientists, researchers and other professionals has consistently delivered scientific and technological excellence to enhance human health and well-being. With a continued focus on organic innovation, strategic M&A and disciplined capital allocation, I am confident we will capitalize on Waters’ significant growth opportunities.”

“Throughout my career, I have focused on starting with listening and learning, embracing challenges and working with talented people. I join Waters with energy and a shared passion for technology development and serving our customers to drive value for shareholders while making the world a better place,” continued Dr. Batra.