Tiny bubbles on electrodes key to speeding up chemical processes

Formation of bubbles on electrodes, usually thought to be a hindrance, can be beneficial 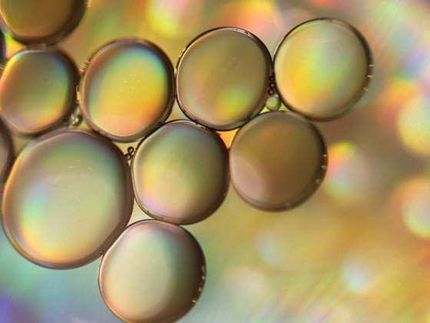 New Curtin University-led research has shown the formation of bubbles on electrodes, usually thought to be a hindrance, can be beneficial, with deliberately added bubbles, or oil droplets, able to accelerate processes such as the removal of pollutants such as hydrocarbons from contaminated water and the production of chlorine.

Dr Simone Ciampi, from Curtin's School of Molecular Life Sciences, explained many industrial processes are electrochemical, meaning the desired chemical reaction to create an end product is assisted by the flow of electrical currents.

"Electrodes assist chemists to achieve required electrochemical reactions, such as in the purification of alumina, and the technology used to produce chlorine for swimming pools," Dr Ciampi said.

"Often over the course of their use, small bubbles of gas begin to form on these electrodes, blocking parts of their surface. These bubbles prevent fresh solution from reaching the electrodes, and therefore, slow down the necessary reactions.

"It was generally thought these bubbles essentially stopped the electrode from working properly, and the appearance of the bubbles was a bad thing. However, our new research suggests otherwise," Dr Ciampi said.

Using fluorescence microscopy, electrochemistry and multi-scale modelling, the research team showed that in the vicinity of bubbles that stick to an electrode surface, valuable chemical reactions occur under conditions where normally such reactions would be considered impossible.

Co-researcher Dr Yan Vogel, also from Curtin's School of Molecular and Life Sciences, said it was these 'impossible' reactions occurring in the corona of bubbles that piqued the team's interest, and warranted further exploration.

"We revealed for the first time that the surrounding surface of an electrode bubble accumulates hydroxide anions, to surprisingly large concentrations," Dr Vogel said.

"This population of negatively charged ions surrounding bubbles is unbalanced by ions of the opposite sign, which was quite unexpected. Usually charged chemical species in solution are generally balanced, so this finding showed us more about the chemical reactivity of bubbles.

"Basically we've learned that surface bubbles can actually speed up electrochemical reactions where small molecules are joined to form large networks of molecules in a polymer, like in camera films or display devices like glucose sensors for blood sugar monitoring."