A better way to create compounds for pharmaceuticals, other chemicals 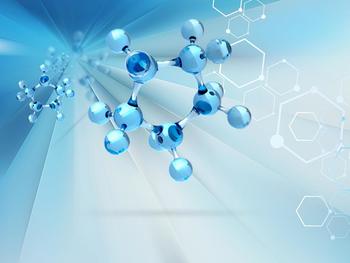 Researchers hope to make it easier and cheaper to create pharmaceuticals and other products (symbolic image).

What do gunpowder, penicillin and Teflon all have in common? They were inventions that took the world by storm, but they were all created by complete accident.

In a new study published in the journal Science, researchers used electricity to develop a tool that may make it easier and cheaper to fabricate the compounds used in pharmaceuticals and other natural products. Yet this invention, too, joins the ranks of the many unanticipated innovations that came before it.

Christo Sevov, co-author of the study and an assistant professor of chemistry and biochemistry at The Ohio State University, was part of a team that initially sought to prepare a catalyst that could be activated by electricity to make the bonds of the targeted drug compounds.

Their study’s findings suggest a general guideline for taking inexpensive and widely abundant materials, and using them to create complex compounds that wouldn’t normally work together. Streamlining this chemical process could allow researchers to safely create more valuable products with fewer steps and less waste.

But to actually facilitate their chemical reactions in the lab, instead of using high-energy reagents, or added substances, as is customary when synthesizing materials, Sevov’s team utilized the power of electricity.

Because electricity is ecologically sustainable, there’s recently been a push in the industrial sector to move toward the use of electrochemistry to foster chemical change.

“It's a very attractive way to do chemistry these days, because we have total control over how we run these reactions,” Sevov said.

The research has broad applications in medicine, and in the creation of products like agrichemicals (like pesticides or herbicides) and certain plastics. But Sevov’s discovery, while seemingly serendipitous, took lots of hard work and patience to get right.

“It took maybe three months of testing different combinations of additives, until all of a sudden something worked and it worked phenomenally well,” Sevov said. “Getting to that complex allowed us to stitch together materials that are very difficult to stitch together under normal circumstances.”

Because the precious metals many chemists use as catalysts can cost a pretty penny, Sevov’s team chose a nickel atom as the catalyst for their tool. In chemistry, catalysts are responsible for increasing or decreasing the rate of the chemical reaction as they make and create bonds.

“Being able to use catalysts that are very inexpensive, like nickel, is very beneficial to everyone in the entire community in general,” he said. Besides being a cheap alternative for businesses that produce pharmaceuticals, plastics and polymers, using nickel also keeps the cost of food products down. For example, if farmers had to pay more for the agrichemicals these chemical reactions help create, the price of their crop would rise proportionally, Sevov said.

To build on their research further, the team will go on to collaborate with Merck, a multinational pharmaceutical company, to try creating other products using more difficult reactions and more complex molecules. But with their latest discovery, Sevov said that he’s optimistic that their work will start to create brand new avenues in the field of chemistry.

“We’re going to take advantage of this really reactive intermediate and see how far we can run with it,” Sevov said.