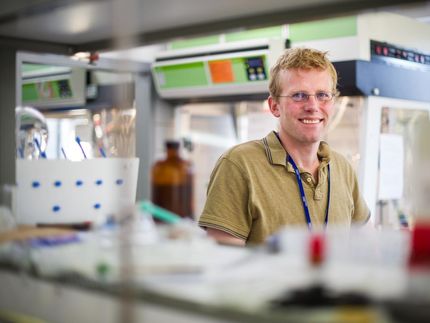 The formation of double bonds between two carbon atoms (C=C) is of central significance in natural organisms. The vast majority of natural substances therefore contain one or more of these double bonds. Compounds with C=C double bonds, the alkenes or olefins, also play a prominent role in the organic chemical industry. A great many chemical processes have therefore been developed over the years to control the formation of C=C bonds.

One such process, olefin metathesis, has received particular attention over the last few decades and the 2005 Nobel Prize for Chemistry was awarded in recognition of its significance.

Despite the many parallels between carbon and the heavier members of the carbon group (Group 14) of the periodic table, olefin metathesis was only of practical significance when compounds containing C=C bonds were involved. This seems somewhat surprising given the fact that double bonds between the heavier elements of the carbon group are considerably weaker than a C=C bond and are thus more easily cleaved.

David Scheschkewitz, Professor of Inorganic and General Chemistry at Saarland University, Lukas Klemmer and Anna-Lena Thömmes from his research group and Volker Huch and Bernd Morgenstern from the X-ray Diffraction Service Centre have developed and characterized a new class of germanium-based heavier alkene analogues whose Ge=Ge bond exhibits just the right degree of stability to participate in synthetically useful metathesis reactions.

The Scheschkewitz group employed the new methodology to synthesize the first long-chain polymers containing double bonds between heavier elements. In the near future, the researchers hope to extend the concept to other elements of the periodic table, which could be of potential use in developing novel materials for applications in the field of organic electronics. 'The underlying principle is simple and could also be applied in organic chemistry,' explains Professor Scheschkewitz.

Potentially, this could also provide a means of carrying out olefin metathesis reactions without the precious-metal catalysts needed in the traditional approach.