Faster and more robust than a PCR test 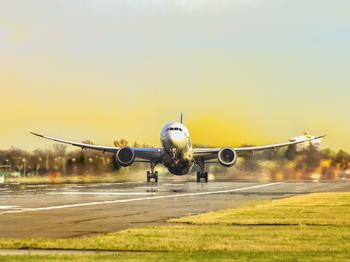 Fuels such as kerosene or diesel can be contaminated by fungi or bacteria. The microorganisms settle in the liquid itself, on the inner walls of tanks and pipes or in fuel filters and feed on carbon atoms. Since the fungi and bacteria multiply well in this environment, they can form a streaky biofilm and clog fuel lines and filters. This is a problem, especially in aviation.

To prevent engines from failing in extreme cases, airlines already have kerosene tested before refuelling and the tanks of their jets checked for microbial infestation. The International Air Transport Association (IATA) also recommends such tests at regular intervals. Depending on the risk of contamination - short distances, low altitude or a warm, humid climate, for example, favour microbial growth - the checks take place annually or even monthly. Safety is therefore guaranteed.

So far, however, the detection of microbes has been time-consuming: samples have to be taken from the tanks and sent to a laboratory. The evaluation takes up to four days. "We wanted to develop an automated and mobile detection system that would allow untrained personnel on site to detect and quantify microorganisms in tank fillings within 30 minutes," says Hans-Jörg Kunte of the Bundesanstalt für Materialforschung und -prüfung (BAM). The microbiologist is an expert on material damage caused by microorganisms.

Together with the Fraunhofer Institute for Cell Therapy and Immunology, Branch Bioanalytics and Bioprocesses (IZI-BB), Potsdam, and the company M2 Automation, Kunte and his team developed a rapid test based on DNA analysis of the harmful bacteria and fungi. Microbes are isolated from a sample, their cell wall is enzymatically digested, the DNA is purified, amplified and labelled with a fluorescent dye. In this way - similar to the polymerase chain reaction test (PCR) for the detection of SARS-CoV-2 - microbes present can be detected via a detector that reads fluorescent light. At the same time, the new detection is faster and more robust than a PCR test: it takes no longer than 30 minutes, works even in fluctuating outside temperatures and covers a broader spectrum of microbes than the previously common laboratory detections. BAM has now registered the method with the European Patent Office.

At the same time, the team from Fraunhofer IZI-BB and BAM is already working on converting the detection into a handy and easy-to-use detection device and miniaturizing all components for this purpose. A prototype is to be developed for this purpose.

Such a device could be on the market by 2025. So far, such a rapid test does not exist anywhere in the world. "Biofuels will become more important in the future - they are more sustainable but are preferred by microbes as a food source. With our patented rapid test, we want to help detect fungi and bacteria in jet fuels more quickly and comprehensively," says Hans-Jörg Kunte.