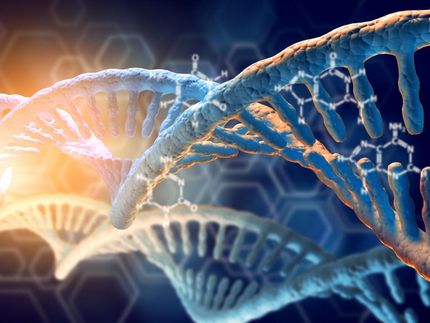 PhD Alexander Sandahl, together with Professor Kurt Gothelf, Professor Troels Skrydstrup and a number of students in the groups, has developed a method for efficient and automated production of ingredients for DNA synthesis.

The DNA sequences produced are also called oligonucleotides. These are widely used for disease identification, for the manufacture of oligonucleotide-based drugs, and for several other medical and biotechnological applications.

The high demand for oligonucleotides therefore requires an efficient automated method for their chemical production. This process relies on phosphoramidites, which are chemical compounds that have the disadvantage of being unstable unless stored at the ideal -20 degrees Celsius.

Instruments used for DNA synthesis are not able to cool down the phosphoramidites, and consequently it is unavoidable that some of them degrade after being added to the instrument.

Professor Kurt Gothelf and Professor Troels Skrydstrup are each heading a research group in organic chemistry, which have worked together to develop a relatively simple but efficient technology where the production of phosphoramidites can be automated and integrated directly into the instrument for DNA synthesis.

This avoids both the manual synthesis of these, which normally would take up to 12 hours, as well as the problem of storing unstable phosphoramidites. Gothelf's group has contributed with their expertise in automated DNA synthesis and Skrydstrup's group has contributed with their know-how with chemical reactions that take place in continuously flowing liquids (flow chemistry).

This avoids the degradation of the phosphoramidites, as they are first produced just before they are to be used (on-demand), in a faster, more efficient flow-based way that can potentially be automated and operated by non-chemists.