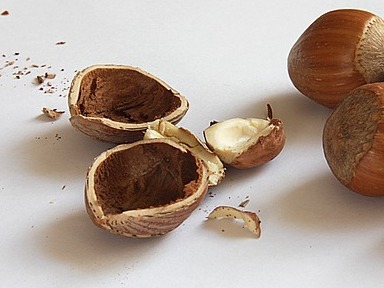 Biomass is attracting growing interest from researchers as a source of renewable, sustainable, and clean energy. It can be converted into bio-oil by thermochemical methods, such as gasification, liquefaction, and pyrolysis, and used to produce fuels, chemicals, and biomaterials.

In Journal for Renewable and Sustainable Energy, researchers from Heilongjiang Academy of Agricultural Machinery Sciences in China share their work on the physicochemical properties and antioxidant activity of wood vinegar and tar fraction in bio-oil produced from hazelnut shells pyrolysis at 400 degrees Celsius to 1,000 C.

Wood vinegar is often used in agricultural fields as insect repellent, fertilizer, and plant growth promoter or inhibitor, and can be applied as an odor remover, wood preservative, and animal feed additive.

"After these results, wood vinegar and tar obtained from residual hazelnut shells could be considered as potential source of renewable energy dependent on their own characteristics," said author Liu Xifeng.

The researchers found the wood vinegar and tar left over after burning the shells contained the most phenolic substances, which laid a foundation for the subsequent research on antioxidant properties.

The experiments were conducted in a tube furnace pyrolysis reactor, and hazelnut shells samples weighing 20 grams were placed in the waiting area of a quartz tube in advance. When the target temperature was reached and stable, the raw materials were pushed to the reaction region and heated for 20 minutes.

The biochar was determined as the ratio of pyrolytic char and biomass weight, and the bio-oil yield was calculated by the increased weight of the condenser.

To separate two fractions of bio-oil sufficiently, the liquid product was centrifuged at 3,200 revolutions per minute for eight minutes, and the aqueous fraction was called wood vinegar. The separated tar fraction remained stationary for 24 hours without the appearance of the aqueous phase.

The wood vinegar and tar were respectively stored in a sealed tube and preserved in a refrigerator at 4 C for experimental analysis, and the gas yield was calculated by considering their combined volume.

The researchers found the pyrolysis temperature had a significant effect on the yield and properties of wood vinegar and tar fraction in bio-oil obtained from hazelnut shells. Wood vinegar was the dominant liquid fraction with maximal yield of 31.23 weight percent obtained at 700 C, attributable to the high concentration of water.

This research sets the groundwork for further applications of bio-oil from waste hazelnut shell pyrolysis, and its application in antioxidant activity has been extended.